Stetson’s astounding physical engagement with his instruments (chiefly bass and alto saxophones) produces emotionally rich and polyphonic compositions that transcend expectations of what solo horn playing can sound like. Stetson’s most recent work, in a departure from his cultivated solo aesthetic, was SORROW: a reimagining of Gorecki’s 3rd Symphony; his first major release as a band leader and the flagship album out on his record label, 52Hz (a collaboration with Kartel Music Group of the UK). 2017 will see the release of several new works, including his latest solo album, “All This I Do For Glory” which is released on April 28 and is engineered and mixed by Stetson himself, this album represents a decidedly independent approach across the entire creative process and finds him at the top of his game, both as a composer and instrumentalist as well as a producer.

He has developed an utterly unique voice as a soloist, principally on saxophones and clarinets, his intense technical prowess matched by his exhilarating and emotionally gripping skills as a songwriter. . Stetson is equally at home in the avant jazz tradition of players who have pushed the boundaries of the instrument through circular breathing, embouchure, etc. (i.e. Evan Parker, Mats Gustafsson) and at the nexus of noise/drone/minimalist music that encompasses genres like dark metal, post-rock and contemporary electronics (i.e. Tim Hecker, Ben Frost – both of whom have mixed or remixed Stetson recordings).

His past releases include the New History Warfare trilogy starting with Vol.1 which came out on Aagoo records and was met with universal acclaim from critics across a spectrum of jazz and indie rock/pop cultural spheres: “pure revelation” according to All About Jazz . ‘New History Warfare Vol. 2: Judges’ arrived via Constellation in Spring 2011 followed by New History Warfare Vol. 3: To See More Light’ also via Constellation in 2013, completing the conceptual and narrative arc of the series and constituting a definitive realization of his unparalleled musicianship and stunning skill as a composer. It has been received with exemplary recognition and was shortlisted for the Polaris Music Prize. April of 2015 saw the release of the first recording of Colin’s duo project with long-time collaborator Sarah Neufeld. ‘Never were the way she was’ charts an expansive sonic trajectory with a multiplicity of structures and voicings that belies the fundamental economy of two acoustic instruments combining in real time. The resulting musical chronicle powerfully establishes its own spatial and temporal horizon; Stetson and Neufeld offer up an impressively immersive integration of composition, performance, timbre and texture. ‘Never were the way she was’ is a sum quite definitively and thrillingly greater than its parts. 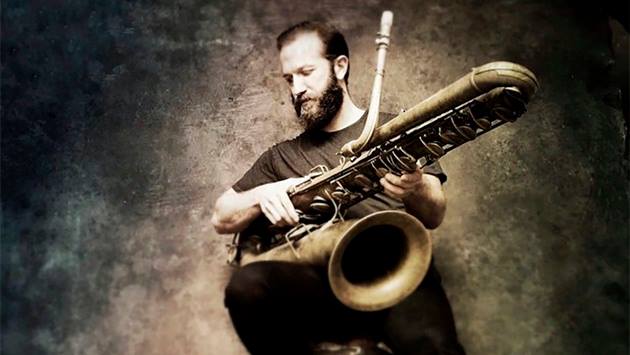