What’s the Number 1 Romantic thing to do this Valentines? Take that special someone to the Craic Boi Mental Show!

Ireland’s greatest pop star Craic Boi Mental returns to Dublin for a Special Edition Valentine’s Show as part of his Worldwide Tour (Pckn Polos Out My Nose) Alongside his parter in crime Whip Girl, he’ll be playing all the hits for the fans including ‘Polo’s Is Life, Irish 2Pac, Yung Gowl & many more!

“Craic Boi mental, One of the oddest and most creative artists in Irish hip hop” The Rubberbandits

“This fella is a hook machine”
Mango

“There’s something incredibly punk about Craic Boi Mental. He’s here to fuck with your perception of an artist. Along with his wife Whip Girl, he’s been releasing tape after tape, track after track, video after video”
District Magazine

The shapeshifting mind at the helm of personas including Oscar Benso, Yung Gowl, Craic Boi Mental and Dudewithswag has been steadily stirring the Irish interwebs since 2017. Against the backdrop of a prolific output of material + some major beefs, the time has finally come for headline Irish & U.K Tour. 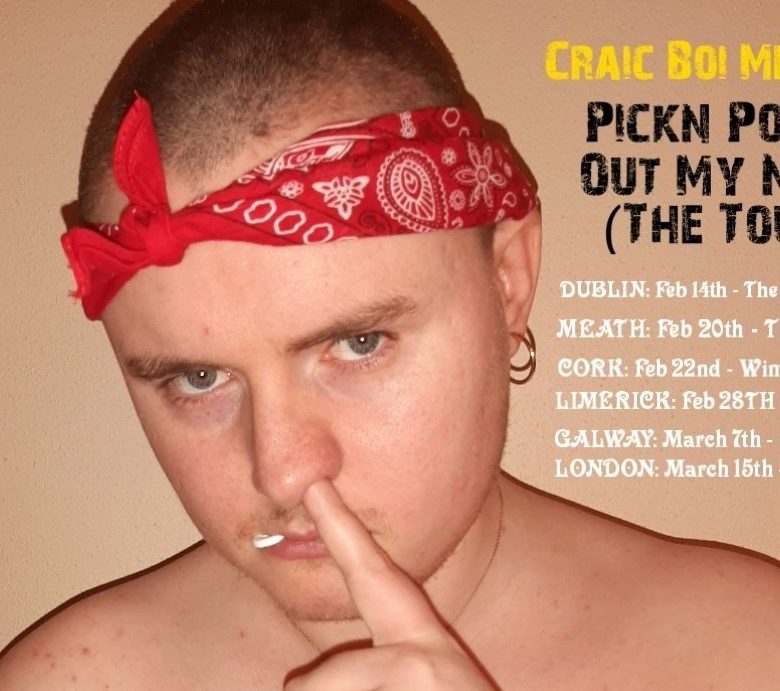