The only things you can count on in life – death, tax & the craic den making you laugh!

One of Ireland’s busiest comedians Ian is a regular on the world comedy circuit having played to packed houses at the Edinburgh, Melbourne, Montreal Just for Laughs, Galway, Electric Picnic, Glasgow, Dublin, Adelaide and Wellington comedy festivals. Ian is also one of a handful of acts who have been invited back year after year to perform at the Kilkenny Cat Laughs Comedy Festival since 1995 and he has performed throughout Europe, the Middle East and Far East. 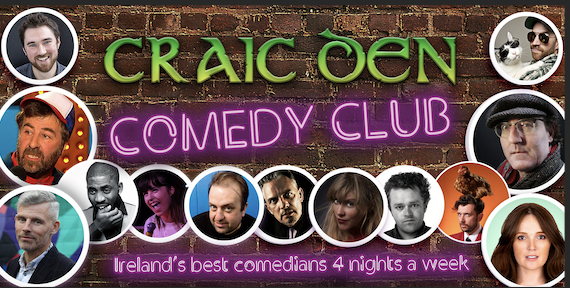