Crown The King + Harley and The Wolf, Live in Workman’s

Following successive sold out Dublin headline shows Crown The King bring their energetic live show to Dublin’s Workmans Club alongside Belfast’s Harley and The Wolf and Manchester’s Arms and Hearts.

Rapidly becoming known for their signature sound that combines polished production, gritty guitars and the strong accented vocals of singer Daniel Gannon, Crown The King are rightfully becoming recognized as ones to watch in Pop Punk.

The band exploded onto the scene in 2020 with their singles “Gone Too Fast”, “Honey” and “Fence”. These tracks secured the band features on Spotify’s “Pop Punk’s Not Dead”, “New Punk Tracks” and “The Punk List” editorial playlists and as well as airplay globally on idobi radio, RTE 2XM, BBC Radio Ulster and Rautemusik Rock.

In February 2022 the band released debut EP, with the title track “Groundhog Day” being described by Rock Sound magazine as “A mesh of the most melodic and bruising parts of modern pop-punk coated in a stark and sincere set of thoughts and feelings”.

“As if Ireland didn’t already have enough incredible bands to their name, CROWN THE KING earn their place among them” – Distorted Sound

“There’s so much to like here, with a veritable colour swatch of pop-punk influences the quintet dip into often and eagerly mixed with some harder punk elements that round off their sound nicely.” – Punktastic 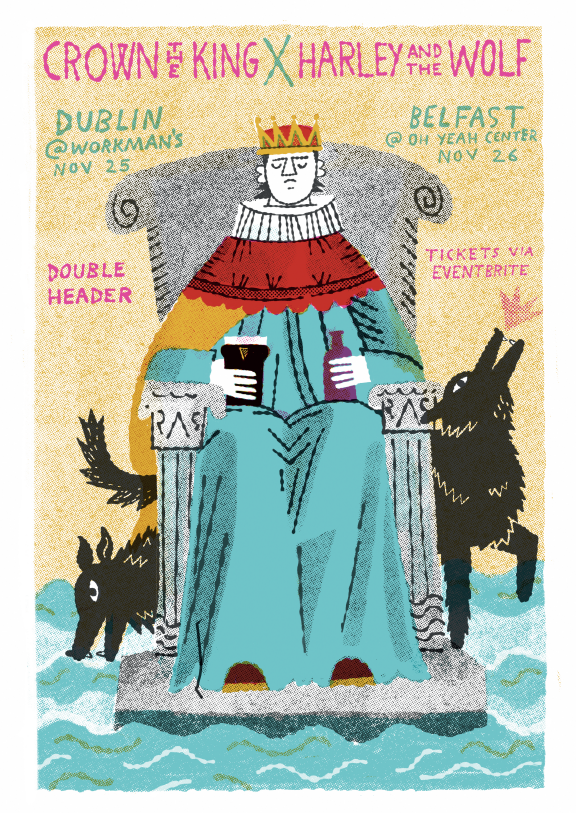