Three Artists Together for a Night of Music; Ireland Spring’20

From the US Cynthia Catania is no stranger to Ireland. Last September’s solo run and performances with the Songwriters On Tap marked her 13th trip over the pond to Irish shores. Since her band, Saucy Monky became radio and media darlings in the mid-2000s, Catania has been performing, producing and writing for tv /film with her projects based in LA. A theme song on ABC and recently a guest writing stint for Hot Press Magazine, her sex column ran for the better part of a year. She’s currently married to a Mars100 Candidate.

After relocating to Los Angeles, Coleman returned to her singer-songwriter roots writing and recording new material. This new music was featured in various TV shows, including The Guiding Light, CBS. She has toured and performed throughout the United States.  Naimee’s adventures in motherhood put her music career on brief pause but she is excited to be writing and performing once again.

Dublin born Annmarie Cullen spent her 20’s overseas cutting her teeth in the American music scene. almost immediately landing a publishing deal and writing for the Disney show So Weird. She met Cynthia and the two became a powerful writing team. Their indie-pop band Saucy Monky went on to tour the world culminating in the Colors Festival in the Czech Republic, before Cullen’s move to Spain.

The 3 appeared on RTE’s ARENA together and have been touring with the Songwriters On Tap collective as recently as last fall. Catania’s single SIDELINES drops worldwide Feb 20th, also penned by Annmarie Cullen. In SM’s heyday, the band shared festival stages with the likes of PJ Harvey, Wilco, Pink, The Blackeye Peas, The B52’s, Metric, Marianne Faithful, The Cure and more! Their original drummer, Adam Marcello went on to MD Katy Perry, American Idol and marry Naimee Coleman! 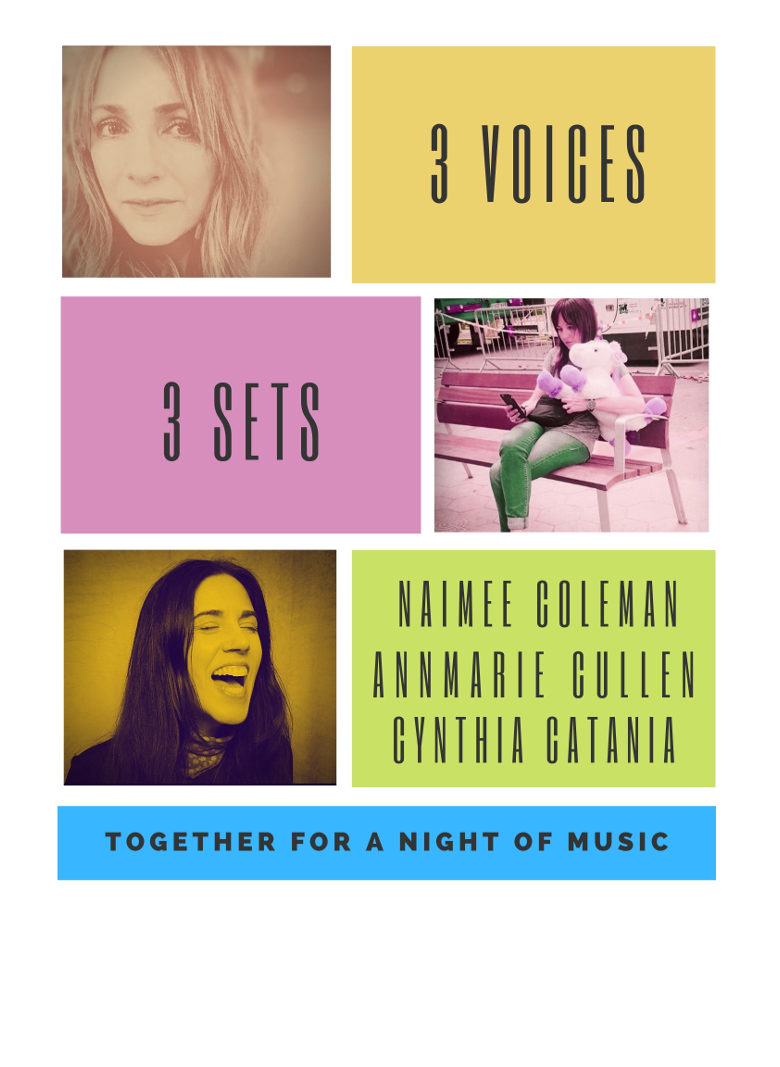