The mastermind artist behind maudlin of the Well and Kayo Dot, Toby Driver returns with his third solo album. Following a twelve year gap between debut “In the L..L..Library Loft” and sophomore album “Madonnawhore”, inspiration has flooded once again into a brilliant statement of quiet contemplation and repose in his third album, “They Are the Shield”.
Notes of singer-songwriter sensibilities bubble beneath a fog of synthesizers, expansive soundscapes, lush chamber strings, and sullen atmospheres, punctuated and driven with a soft percussive heartbeat.
Invoking dark autumn days, Driver showcases the masterful composition style perfected over the years in maudlin of the Well and Kayo Dot, extracting the metal from the former and the chaos from the latter to deliver a calm, soft, yet bitter wind essential to the season. For many long-time fans, this will feel like a proper return to form following the long absence of maudlin of the Well. Injected into that formula is a more modern twist which brings to mind such luminaries as Ólafur Arnalds, Grouper, Ulver, and Jóhann Jóhannsson.
Toby Driver’s band will feature:
Timba Harris (Secret Chiefs 3, Estradasphere, Duo Probosci) on violin
Charlie Schmid (Del Judas, Vaura, Tombs) on drums
Nick Hudson (The Academy of Sun) on keys
Check out the new album ‘They are the Shield’ and previous album ‘Madonnawhore’
https://blood-music.bandcamp.com/album/they-are-the-shield
https://kayodot.bandcamp.com/album/madonnawhore
MAGIC POCKETS
Magic Pockets is a progressive/synth/drone project by Ruadhan O’Meara (of Dublin based Synth-Metal act No Spill Blood). He has been creating music under this moniker since 2012.
The debut LP ‘Volcano of The Bleeding Skies’ was released on Vinyl & Digital download by Penske Recordings in late 2016.
The album was recorded using an array of vintage synthesizers, drum machines, miscellaneous electronics and manipulated samples, all sent to 1 inch tape. Its 7 tracks feature swirling psychedelics, pulsing sequences, and stark minimalism all the while incorporating harmony and melodic leads. Drawing heavily from the sounds of bygone eras, it also sits aside the current wave of electronic re-invention.
Listen to ‘Volcano of The Bleeding Skies’ here;
https://magic-pockets.bandcamp.com/releases
KATIE O’NEILL

Katie O’Neill is a multidisciplinary artist from Dublin, Ireland. O’Neill blends analogue elements (four tracks, reel to reel tape players, dictaphones) with guitar, voice and a variety of other instruments to make what has been described as “otherworldly dissonant chansons”, made up of layers of ethereal sounds, “ballad-like at one juncture, discordant textured noise at the next” (Golden Plec, 2015).

With a voice that has been compared to Nico and Patti Smith, O’Neill impresses on the crowd a unique sonic imprint. O’Neill has played in Dublin (The Joinery), Leitrim (notably Hunter’s Moon Experimental Festival), Cork and Galway, supporting artists such as Circuit Des Yeux and The Flowers of Hell. O’Neill has played internationally in UK and Austria with Bird People and Raising Holy Sparks. She has played in America (Do Your Worst and Don’t Worry) and has recently toured in Latvia and Estonia with Lost Harbours and Waterflower.

O’Neill continues to dedicate herself to being a DIY artist, recording at home and self-releasing. Her most recent album ‘Within’ was released on cassette in 2016. She recently released a split with Dublin noise musician Luxury Mollusc on Box Emissions (https://boxemissions.bandcamp.com/). She has just completed an exhibition of photography and sound art entitled ‘Hymn of the Dawn’ in Dublin’s A4 Sounds gallery and is also currently working on a new music.

https://katieoneill.bandcamp.com/album/within-2
https://www.facebook.com/katiegerardinemusic/
https://vimeo.com/129319768
DEL JUDAS
Del Judas is composer Charlie Schmid’s blackened Americana project. Shimmering reverb and thundering rhythms roil, shake and seduce the dust off your boots. Melancholy melodies meet 80s hard pop that delves into darkness on the edge of town. Described as “music that transcends familiar boundaries and appeals to the dark romantic in us all” by PopMatters, Del Judas conjures elements of Chris Isaak, Echo and the Bunnymen, Waylon Jennings and the sounds of the desert to shape their sonic grimoire.
https://www.deljudas.com/
https://deljudasprml.bandcamp.com/ 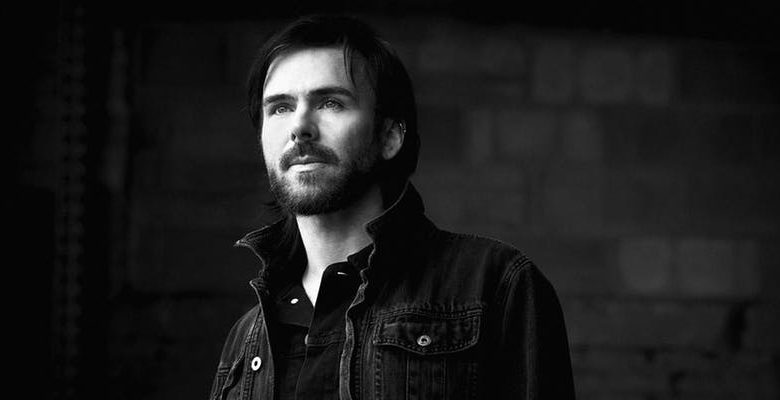