Dolittle are delighted to present  Amiina , The Workman’s Club on Sept 16th –  the show is a live performance to the 1913 French silent film Juve Contre Fantômas

Hailing from Reykjavík Iceland, Amiina are a five piece band comprising of – Hildur Ársælsdóttir, María Huld Markan Sigfúsdóttir, Sólrún Sumarliðadóttir, Magnús Trygvason Eliassen and Guðmundur Vignir Karlsson (aka Kippi Kaninus). Amiina’s origins go back to the late 1990s, when four girls studying string instruments at the Reykjavík College of Music formed a string quartet. The group started out playing classical music, but increasingly moved on to play all sorts of music with various bands in Reykjavík. In 1999 the quartet joined Icelandic band Sigur Rós on-stage. The collaboration continued for over a decade, with amiina contributing strings to Sigur Rós’ music on tour and in the recording studio on the albums ( ) , Takk, Með suð í eyrum við spilum endalaust and Valtari.

Join amiina for their latest adventure, Fantômas. Originally composed as a live score to a silent masterpiece from 1913, amiina’s members decided right from the start that the music would also be able to stand on its own, independent of the visual narrative. Melancholic and ethereal, yet full of suspense, pounding rhythms and haunting melodies, amiina’s fans won’t be disappointed. Soundworld full of contrasts, from darkness and utter terror to heavenly melodies. The music thoughtfully composed, reorrucing themes and leid-motives build up a delicate structure where the listener can experience the piece as one entity – and then again different tracks or songs can be enjoyed independently. Violin, cello, drums, percussion, metallophone, table harp, ukulele and electronics are the source material for the sound world of amiina here, with their intelligent and imaginative usage of the different instruments and their varied and endless textures. The score Fantômas premiered in Paris in 2013 at the prestigious, Théâtre du Châtelet, where amiina, together with musicians James Blackshaw, Tim Hecker, Loney Dear and Yann Tiersen, took part in a special Halloween event, celebrating the centenary of the Fantômas series, directed by the French film director Louis Feuillade in 1913 – 1914. The Fantômas series – in five parts – ran for six hours with every musician/ band providing their new live score for the series, the music commissioned by Yann Tiersen who curated the event. Halloween especially fitting for this occasion that revolved around Fantômas, the sadistic and ruthless serial killer, the lord of terror and genius of evil who initially came to live in the crime fictions of French writers Marcel Allain and Pierre Souvestre in 1911. A huge success right from the beginning, Fantômas is an early example of the interplay between avant-garde intellectual and emerging mass culture, he was to appear in various films, television and comic book adaptations throughout the century but also highly regarded by the French avant garde of the 1920’s, especially the surrealists, e.g. René Magritte and Guillame Apollinaire, the latter stating that “from the imaginative standpoint Fantômas is one of the richest works that exist.” When the magical, somewhat fragile sound world of amiina meets the lord of terror something unexpected and truly magical happens. Do step in. FANTÔMAS will be released by Mengi on November 25th, 2016 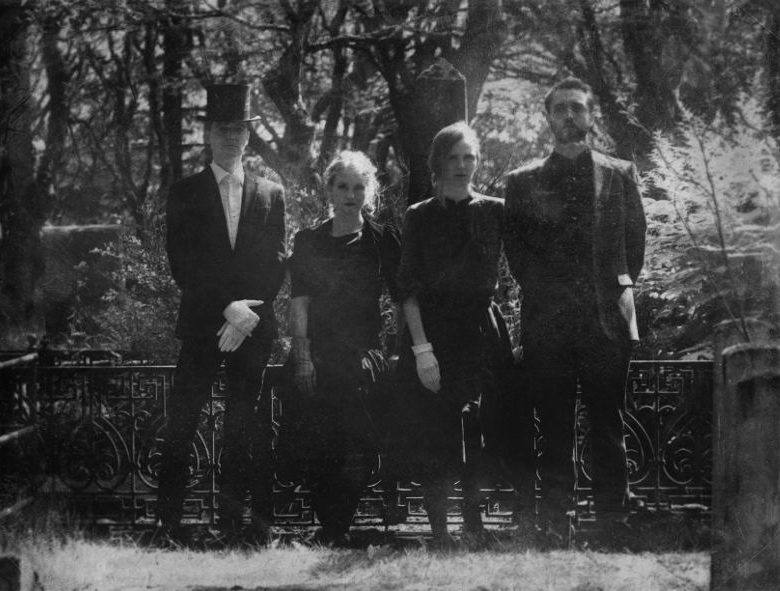