(Not Not Fun, Dekorder, Denovali, Digitalis)

Based in Californian Humboldt County, Brian Pyle wanders the world on his countless travels. Far from being restless, he has his very own Pylesque way of travelling. Much like a Lynchian version of Hemingway, he has an eye for the thin layer between restlessness and relaxation, gloom and serenity. Wherever he goes, he ardently absorbes these nuances, rarefies them and moulds them into a seamless array of glimmering styles, from drone and ambient to shoegaze and post-wave, giving birth to yet another creation of his prolific Ensemble Economique project.

On his by now eleventh album and fourth Denovali release “Blossoms In Red”, Pyle combines and perfects elements of his previous output into a cohesive narrative. The opener “From The Train Window, Red Flowers On The Mountain” is a surprisingly scarce ambient piece, which feels like an almost infinitely stretched precious moment of time. Despite being austere, it is warm, sublime and incredibly captivating and after listening to its full 8 minutes, one cannot help but to rewind and replay. Having barely escaped this seductively infinite loop, one encounters the title track “Blossoms In Red” featuring Portland electronic duo Soft Metals. Starting off with a characteristic sluggish programmed beat, one is immediately overpowered by the onset of the towering combination of a warm bassline and a shimmering synth ambience. As the track flows, these elements writhe around each other in a delicately beautiful fashion, absorbing the materialising wailing guitar which almost sounds like an ethereal voice, as well as the occasional melodic and rhythmic accents. The next track sees this guitar return in a rather pure form. “On The Sand”, featuring jack-of-all-trades Peter Broderick, is essentially just reduced analogue drums, electric guitar, a simple vibrating bassline and hoarse almost spoken vocals. Slowly and methodically, these constituents form a captivating erotic ritual, much like a beguiling and hypnotic mandala procession of imperturbable blissful individuals on the beach. As proven on numerous occasions, Pyle can easily lead all his trumps in the presence of female lead vocals, and “Blossoms In Red” makes no exception. Indeed, “You, By Candlelight” is easily the best Ensemble Economique track with female vox to date. Pyle manages to embed the vocals just in the right minimal amount of instrumental layers, making the track radiate an elusive tranquility. The fifth and closing track “Nothing Is Perfect” is a classically tinged piano piece with only very little processing and sparse field recording samples. With all pieces of the album, Pyle manages to create tracks which feel like being composed only of two or three layers of sound, that are nevertheless allowed to develop a life cycle which seems incredibly long – track lengths vary from 6:30 to 8:10 – but still feels just right. Thus “Blossoms In Red” is probably Ensemble Economique’s most minimalistic album, but at the same time – or maybe just for this reason – his most skilled work. 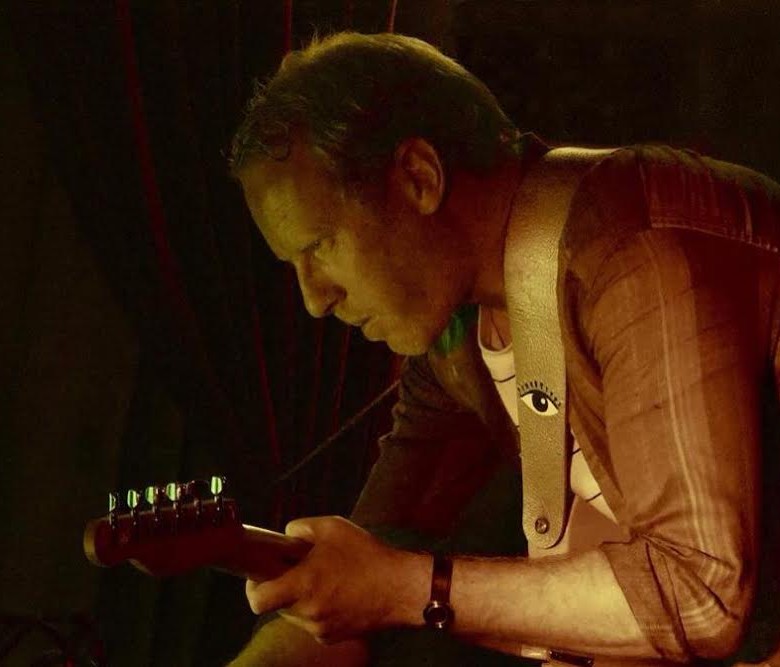