I Have A Tribe

with support from  Danny Forde

From ‘No Countries’ EP – out December 4 via Grönland Records

Dublin’s Patrick O’Laoghaire, aka I Have A Tribe, has revealed ‘Medicine From Calgary’, the first track to be lifted from his forthcoming ‘No Countries’ EP. The new EP follows 2014’s debut ‘Yellow Raincoats’ EP and will be released by Grönland Records on December 4.

O’Laoghaire uses the EP’s artwork, a painting by David Hedderman, to articulate his take on its five songs – “for me, ‘Medicine From Calgary’ is the orange or the red in David Hedderman’s painting. ‘No Countries, Just Animals’ is these colours too, as is ‘Tribal’. ‘Lungs’ is the lilac and white, around the left eye, or behind the right ear. ‘Psalm’ – perhaps it’s the yellow.” The Dubliner has, with the aid of producer Rob Ellis, managed to transfer this colour palette to the recording. And although Patrick always views music as something fleeting, something bound to the moment in which it is created – like a bird’s song – the new EP from I Have A Tribe has captured those moments with aplomb and has made a one-off event relivable.

‘No Countries’ follows homeland praise from the Irish Times and RTE, as well as sell-out dates in Ireland including shows for Electric Picnic and Hard Working Class Heroes festivals, plus early tastemaker praise across the likes of NME, Q, Clash, Pigeons & Planes and The Line Of Best Fit.

Having previously toured with Villagers and Anna Calvi, I Have a Tribe will tour Europe in November and December, including a London headline show at Moth Club on December 8 and a homecoming headline at Dublin Workmans Club on December 9. Further dates will be announced soon. 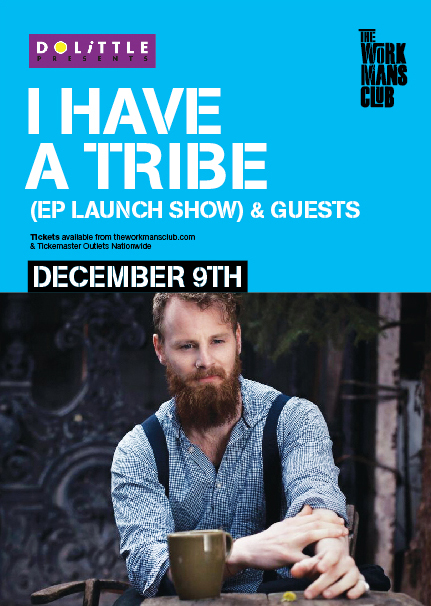