8PM- 8:45PM SØLTREE
U.S. based Søltree is a female fronted duo that draws influences from modern jazz, R&B, and electronic music. Together, Eve Berrington and Jazmarae Beebe create an entrancing soundscape weaving between synths and wind instruments while simultaneously singing lush harmonies. Their debut album, “Stardust,” was recently released on the 20th of April, 2017.

9PM- 9:45PM NOT MONSTERS
Not Monsters is what happens when you smash the melodic experimentalism of CFIT together with the powerhouse riffing of Punch Face Champions.

10PM – 11PM DREAMING OF JUPITER
Dreaming Of Jupiter is a three piece band from Dublin City formed by Zoë Gough, David Levins, and Sam Oye. Having played with many different bands over the years, the trio came together to form a new sound which blends melodic pop with electronica, new soul, and trip hop. 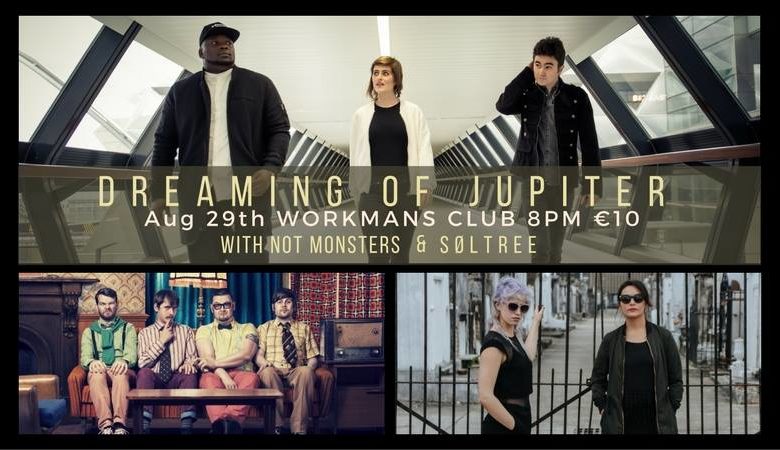