Aoife Doyle’s unique, expressive voice is equally at home with jazz, folk, country, bluegrass or blues, and her singing can evoke memories of the sophisticated, velvet tones of Ella Fitzgerald, the earthy, sweet lyricism of Patsy Cline or the straight-up country clarity of Alison Krauss. Backed by Johnny Taylor’s subtle piano, Andrew Csibi’s inventive bass and Dominic Mullan’s sensitive percussion, the band has won much deserved critical acclaim. Their most recent album ‘Clouds’ was supported by Music Network and is a collection of original songs. The groups two albums have received positive reviews and the band have steadily built a reputation and fanbase with their mesmerising live performances.

Doyle has released two albums under her own name ‘This Time the Dreams on Me’ (2013) and ‘Clouds’ (2017) along with her stellar band – Johnny Taylor, Andrew Csibi and Dominic Mullan. In recent years she has stepped into the role of composer and in the summer of 2017 she released her first album of original music ‘Clouds’ to critical acclaim.

Johnny Taylor is one of the most in demand Pianists in the country. He has toured with Mary Coughlan and has worked with singers Loah and Grammy nominated singer songwriter Hozier.
Andrew Csibi is equally busy playing with many of Irelands foremost Jazz groups and is regular bassist for Czech violin virtuoso Vladamir Jablokov.
Dominic Mullan is in demand as a session drummer and has also worked with Mary Coughlan as well as the late great Louis Stewart. He has drummed for Bagatelle and many other well known bands and singers. 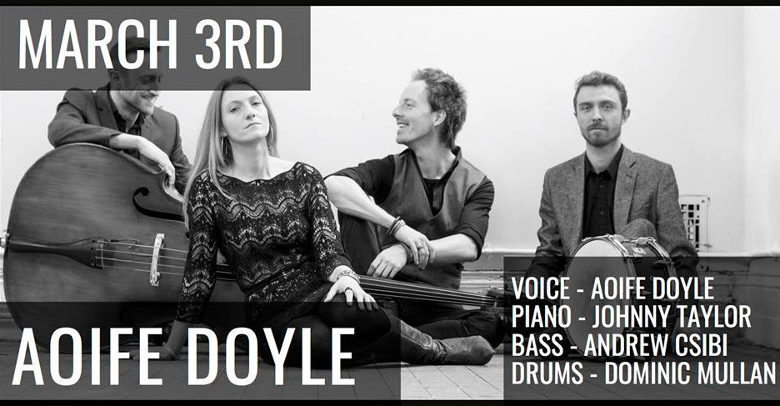