‘Inside Politics’ & ‘What Am Politics?’

Hosted by Arts Editor Hugh Linehan, Inside Politics features our journalists, including our political team of Pat Leahy, Fiach Kelly, Harry McGee and Jennifer Bray, and others: Denis Staunton, Fintan O’Toole, Simon Carswell, Una Mullally, Kitty Holland and more. Inside Politics also features regular interviews with top-class guests from the world of politics, academia and journalism. Here are just some of the guests featured on Inside Politics in the past twelve months:

“When it comes to understanding political issues, Richie is a self-confessed toddler. That’s why he’s enlisted the help of Steve, his politically savvy drinking buddy, to help him understand how government affects our everyday lives and our interactions with each other.

Join them, as they break down big political issues into comedic bite size bits and try to figure out, What Am Politics?” 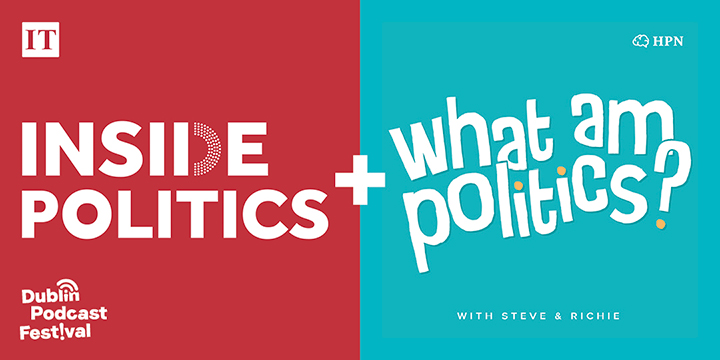