“Elements of Slowdive, The Cure, The Jesus And Mary Chain and Ride all wrapped up in delicious bittersweet melancholy of shoegaze and wanderlust” – Louder Than War

“Assured and brilliant” – The Line Of Best Fit

bdrmm are a four-piece band based in Hull and Leeds. Musically, there are nods to The Cure, Deerhunter and DIIV, while the band references RIDE and Radiohead. There are also echoes of krautrock and post-punk, from The Chameleons to Protomartyr, plus the proto-shoegaze of the Pale Saints’ ‘The Comforts Of Madness’.

After forming in 2016, the band played incessantly, supporting the likes of Fat White Family, Her’s and Viagra Boys. Word of mouth about the band’s live shows quickly grew and their early releases were covered by the likes of So Young and The Line Of Best Fit. When Steve Lamacq played them on his late-night Recommends show on BBC Radio 6 Music, Sonic Cathedral were listening. The label reissued the early single ‘C:U’ on a 7” as part of their Singles Club and followed it with the compilation EP, ‘If Not, When?’, both of which sold out and won over legions of new fans – not least Lauren Laverne, Huw Stephens and John Kennedy.

They recorded their critically acclaimed and almost self- titled 10-track debut album ‘Bedroom’ at the end of 2019 at The Nave studio in Leeds with Alex Greaves (Working Mens Club, Bo Ningen) and it was mastered in Brooklyn by Heba Kadry (Slowdive, Beach House). Released in July, 2020, it was a hugely accomplished debut and a real step up from their early singles, both sonically and lyrically; words such as “It’s not that I didn’t try and keep my shit together / This whole ordeal just took over” (from the song ‘Gush’) just seemed to fit perfectly with the times and spoke to a pandemic-weary crowd.

As a result, ‘Bedroom’ became one of the underground hits of lockdown, according to The Guardian, with rave reviews everywhere from blogs to broadsheets. After racking up plays, selling out pressing after pressing and entering the Official UK Charts on three separate occasions, it ended up in Rough Trade’s Top 10 albums of 2020. 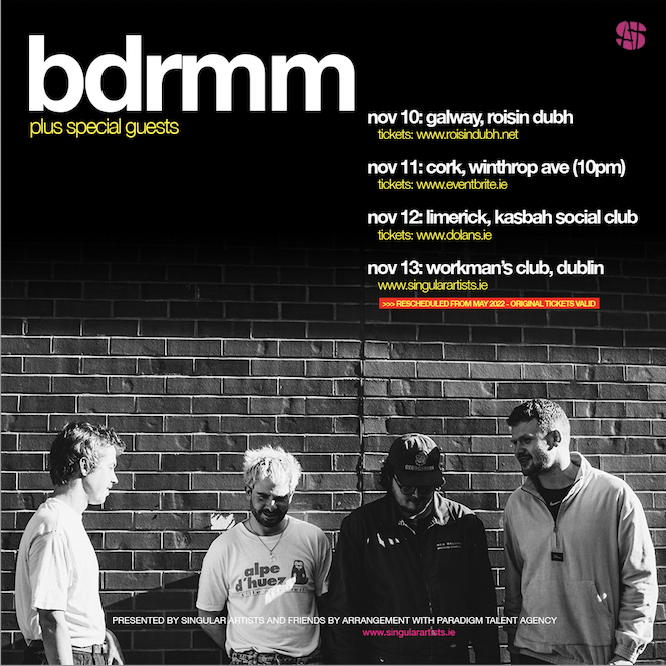