Elmore is an Irish born Singer/Song-Writer based in County Wexford.

Undoubtedly one of the most recognised rising stars in the Irish Marketplace Today.
Finding inspiration in the works of Ben Howard, Ed Sheeran, Dermot Kennedy and The Lumineers. Elmore began writing and composing music in his late teens but it wasn’t until he decided to travel around Europe busking at 18, that he honed his performing style and found his love of the Indie/Folk Genre.

He began his career with three simple goals, release a song, get 10k streams and play the same stage as Hudson Taylor.
Within a very short period of time, Elmore has released 3 of the 5 tracks from his upcoming EP “ Stories”, which have achieved combined streams topping 10 million and each reaching Top 5 Chart positions in the Irish Charts.
Elmore has played to audiences in the 3 Arena and has headlined the Cre Festival alongside The Stunning & The Riptide Movement. He has also played at Vantastival and supported acts including Michael Bolton, The Riptide Movement, Sample Answer, Jake Carter, Hermitage Green and, achieving a career defining ambition, Hudson Taylor.

2019 is already shaping up to be another stellar year for this rising star with the second of his Resurrection Tour dates continuing on October 26th Workman’s, Dublin due to the phenomenal support from his home county, Elmore feels the city is his home from home. 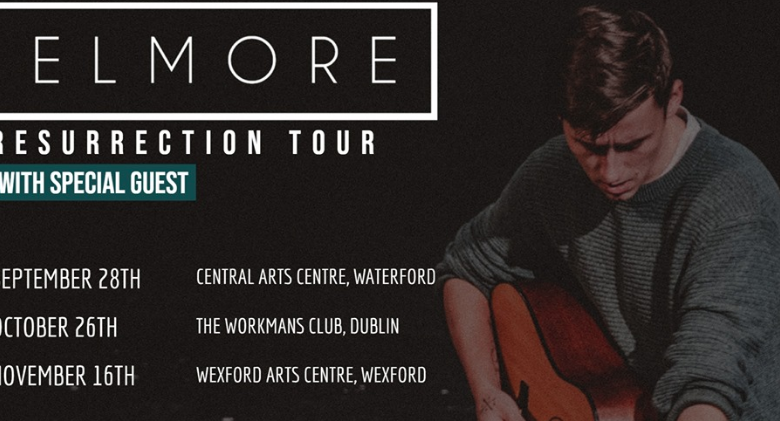