EMMO is a unique and intelligent singer, songwriter, and multi-instrumentalist from Cork. His influences include Hozier, Phil Collins, Joni Mitchel and rap artists known as lil Dicky and Childish Gambino.

It’s hard to exactly pinpoint where EMMO’s genre lies as his true songwriting ability often leads him to create incredibly different songs. Take “Calla Lily” for example – A song about a turbulent relationship that has a sonic blend of Vulfpeck and Ed Sheeran.

Whereas “Still” has an epic folk feel reminiscent of The Lumineers and Mumford & Sons.
Most recently, Emmo’s song “Uisce Beatha” – a track that has an air of Brian Deady and Nathaniel Rateliff, was featured in an advertisement with a distinguished Irish whiskey brand.

Fresh off the stage from supporting Stephanie Rainey, Funk Pop sensations Toucan, and returning from a series of performances in New York, EMMO is at the cusp of an industry breakthrough.

While EMMO is continuing to develop his sound from one song to the next he most certainly is not letting the constraints of being “Genre Specific” hinder his creative spirit, which makes him an excitingly unpredictable rising Irish Artist 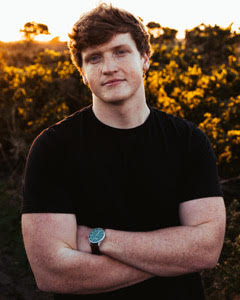