We are delighted to announce the return of Eoin Glackin to our place on Saturday, 8th April.

Eoin will be showcasing new material from his forthcoming, as yet untitled release with further April dates in Ireland, UK and Germany. This follow up to 2016’s “Club Classic” EP will see Eoin add another string to his already eclectic song writing bow and is sure to excite fans and newcomers alike.

Eoin will perform this new material with his  full band, along with songs from his previous releases and as always, a surprise or two can be expected.

His special guest on the night is New York songstress Rachael Sage. Currently touring Europe to promote her latest album, “Choreographic”, she has shared stages with musical legends such as Judy Collins, Sarah McLachlan and Ani Di Franco and been described by Uncut Magazine as “one part Elton John, one part Kate Bush”.

Expect Eoin to blow the roof off our place with his powerful songs and energetic style. Tickets are just  €10 and go on sale this Friday, 10th February – grab ‘em while you can from www.theworkmansclub.com / www.ticketmaster.ie 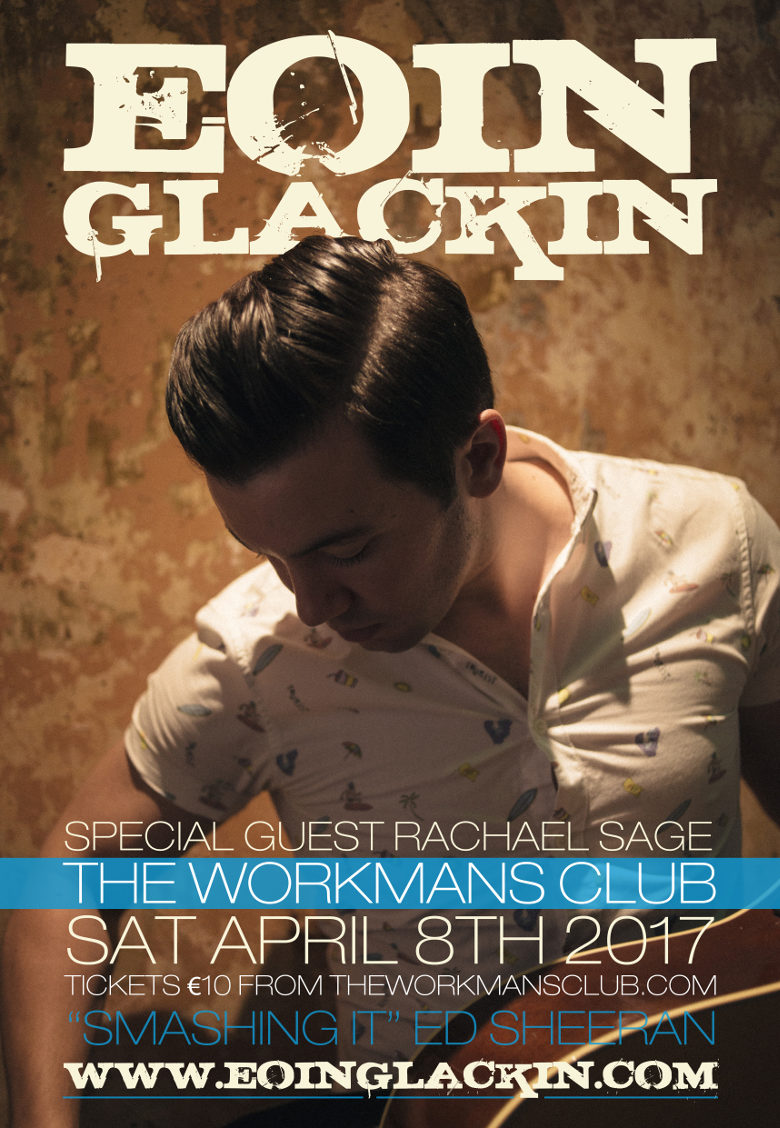