Irish born, rock/pop singer-songwriter, Eoin Glackin (pronounced OWEN) releases his latest single, “Understand You” this September. An upbeat summer belter filled with pop hooks and insightful lyrics on the age old dilemma of just trying to understand what it is the object of one’s desire really wants!

Influenced by the great storytellers of modern music, from Bob Dylan to Dead Prez, Eoin’s songs paint the picture of the world he sees around him. Spread over a variety of soundscapes, tales from the chaotic streets of London to the economic hardships faced all over Europe are always intertwined with the personal, ultimately culminating in a sense of hopefulness.
Having toured with the likes of Joan Armatrading, The Darkness and Beth Orton and, in the last few months, picked up praise from Ed Sheeran who tweeted Eoin to tell him he was “smashing it”, high praise indeed, it is certain Eoin is one to keep a close eye on.

Ian has a long standing relationship with Dublin and Ireland following Christy Moore’s cover of his song ‘Does This Train Stop On Merseyside’ and sharing the stage many times with Damien Dempsey both in Ireland and as part of the Irish Sea Sessions out of Liverpool.

2012 saw Ian release ‘Does this train stop on Merseyside: The Very Best of Ian Prowse’ to across the board rave review and 2014 saw Ian release his very first solo album ‘WHO LOVES YA BABY’ to much praise. 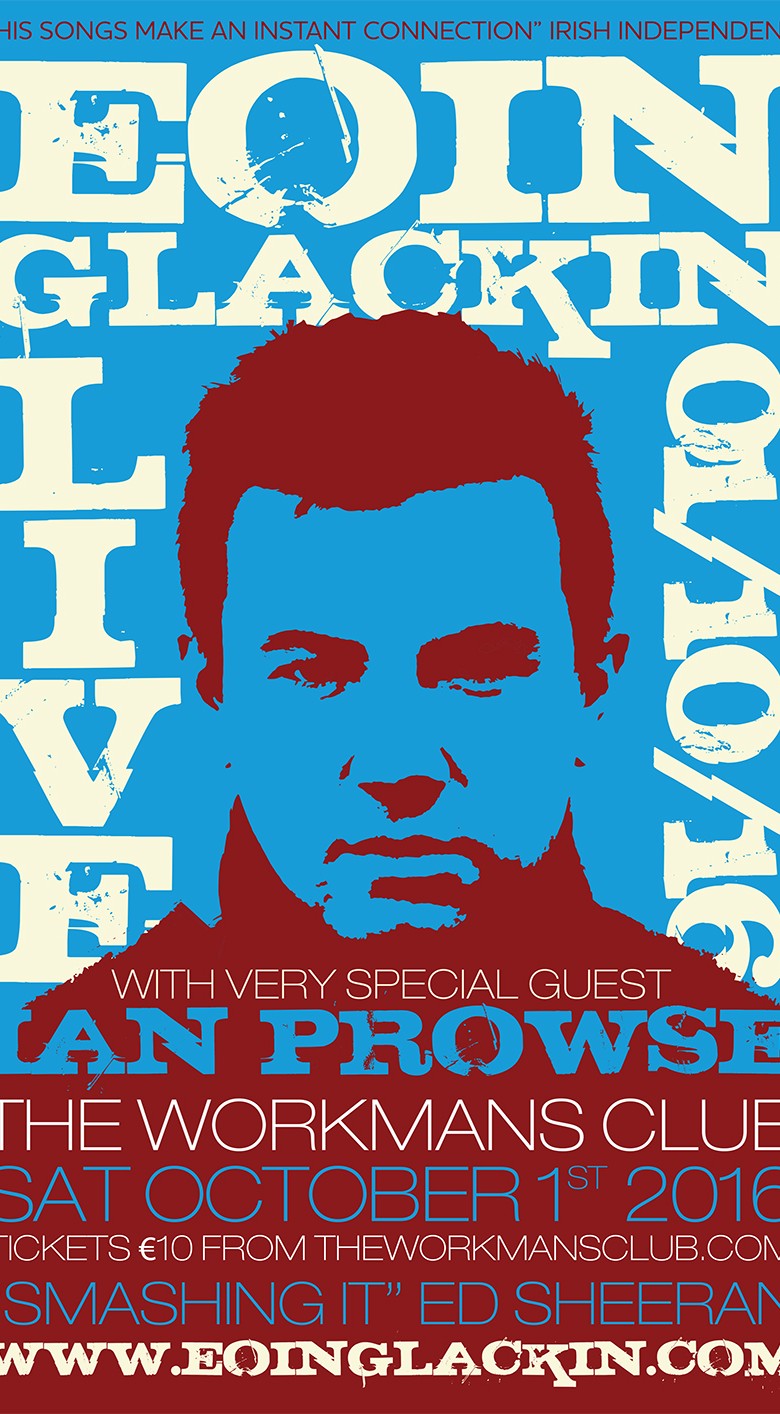