Come on out for a Saturday night and join us for a great night of friendship, love and great music! The Festival of Light is a tribute to the life of Ciaran Duffy who passed away last year. We have some great Dublin Artists who have decided to dedicate their music to raise money for Irish Cancer Research. We have a classic line up of music for this one off night with some amazing acts including:

KITTY MAGUIRE will be hosting the night lending some mindfulness, yogic chanting and a spirit of light to bring you on a peaceful inward journey and feel, compassion, and help sooth our busy minds and bodies.

Kitty attended ballet schools in Dublin and Bangor where she won a scholarship at sixteen to the prestigious Bird college in Kent where she Studied dance and musical theatre.

She then returned to Ireland to teach dance and run summer schools for children while continuing her training as a personal trainer and fitness instructor at the National Training Centre in Dublin. Kitty found herself drawn to the world of Yoga, undertaking her 200 hour yoga teacher training at Samadhi in Dublin. She has since attended workshops in India, Bali, New York and the UK.

AFTER THE IBIS are an 8-piece roots reggae band with dub, jazz and soul influences.

Hailing from Dublin, After the Ibis have established a reputation that has seen them perform alongside the greats of Toots and the Maytals, Max Romeo, Third World, The Skatalites and Junior Marvin as well as rocking the stages at Electric Picnic over the past few years.

They released their début album of original songs ‘Busy Waiting’ in 2014. The album was written and produced by the band themselves and mixed/mastered by the legendary Jim Fox of Lion & Fox in Washington DC. Several years in the making, the album pushes the boundaries of contemporary reggae while still heralding back to its roots.

Al MONO has played in many different guises over the past few years. Al has sung and played guitar with Dublin cult classic Punk band Sickboy and collaborated with producer Daniel Doherty of Crimes against & the band Ghost Estates.

Al was part of the inimitable Alternative Dublin band 8Ball. The band was active throughout most of the 2000’s and signed to Lakota records. Al has performed at Hard Working Class Heroes, Castle Palooza, Forbidden Fruit Festival, Electric Picnic and Other Voices to name but a few.

CONOR O’MALLEY is a musician from Dublin. His music combines melody, poetry, stories, autobiography, fantasy, history and memory, to create music that is influenced by family, friends, people and place. Conor has played live and recorded with band the Hit Parade in different line ups on and off since 2003. Phil Adams (Drums) and Conor Purcell (Bass) have always been firm musical collaborators at the helm of Conor’s Song writing over the years.

The band have supported the writing and recording of songs for Conor’s Debut ‘Dear Ghosts’ in 2009, and the follow up ‘Dreamland Arcades’ in 2014. Having just finished the new album ‘City and the Soul’ last year, they hope to continue the collaboration on some new songs in the future. 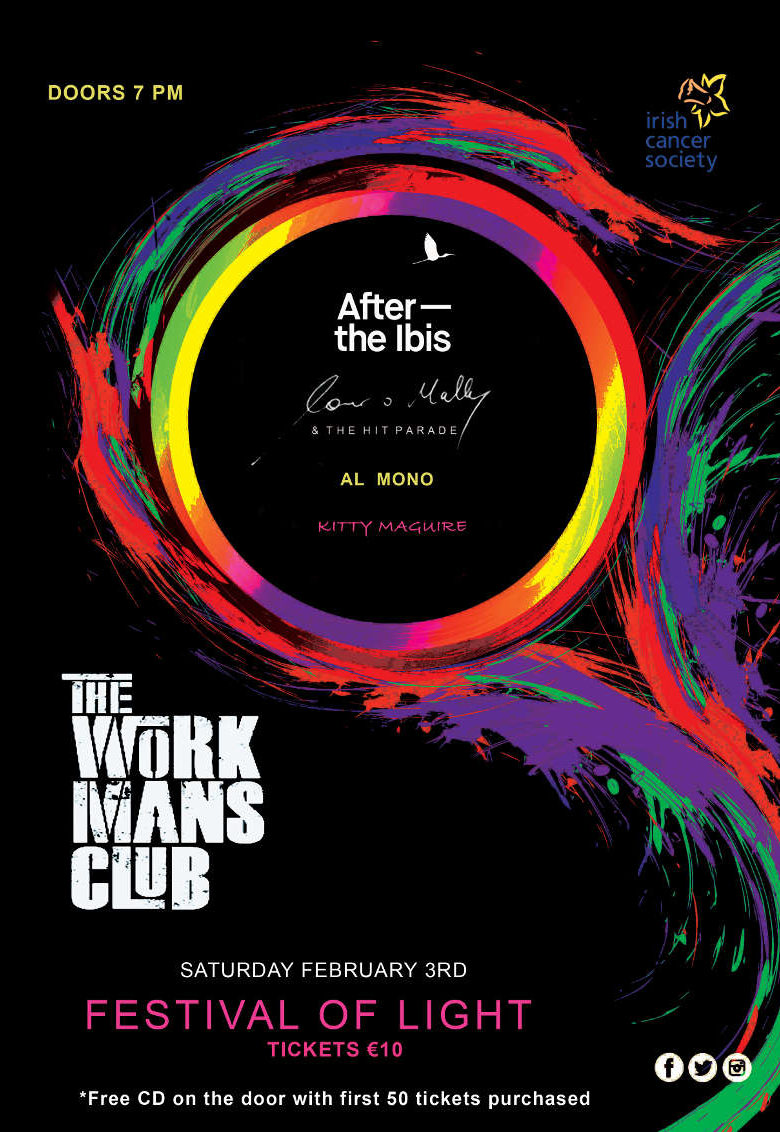