Alt-pop three piece find-joy are set to play the Workmans Cellar on November 22nd. The modest beginnings of the group saw Tadhg Kelly and Mark Allidine spending days on end recording music and having an incredible time as a result. Soon a close friendship with Colleen Conlon proved that performing and creating together would make the most sense.

The group have played several shows recently including Golden Plec and John Barker’s TiLT #13 in the Button Factory and more recently, a sold out show Upstairs in Whelans.

find-joy have released four singles to date including ‘Best Wishes’ featuring Matt Ó of Tebi Rex which made it into Spotify’s ‘New Music Friday UK’ playlist as well as The Fader’s ‘Songs You Need In Your Life’ among others.

The November 22nd show will feature new, unreleased music with support from the wonderful singer and producer ESSIRAY! 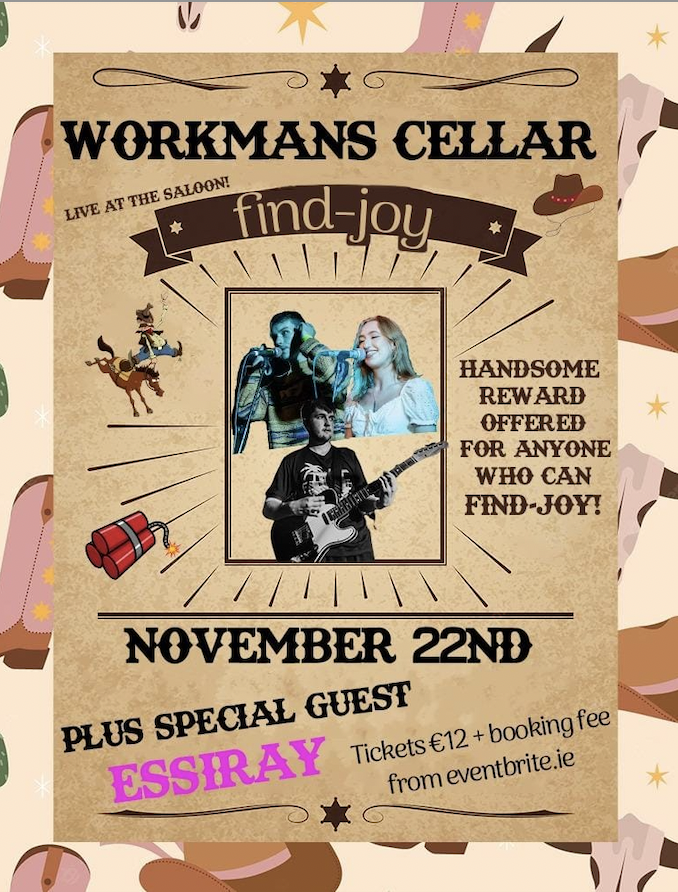