Therapy Sessions, a beloved staple of the festival, with its eclectic nights of music and spoken word returns with special guest music curators Mango X Mathman!

With their recent (and critically-acclaimed) debut album ‘Casual Work’ a strong contender for Irish album of the year, you know the music selection is in safe hands…

Trudie Gorman grew up on Dublin’s northside and works as a community and youth worker. She is co-founder and director of Flying South, Dublin’s open forum mental health arts collective. Trudie has performed her poetry across Ireland and the UK. Her poetry explores the personal and political interplay of gender, class, sexuality, love and fear in a fragmented capitalist society. (Jan 17th Therapy Session)

Josephine Lelay is a spoken word artist and theatre maker from Glasgow. Leyla has been featured in Huffington Post, Gutter Magazine, The Scotsman, The National, Buzzfeed, The Guardian and on the BBC. Leyla has just finished touring her 5* show ‘Hopeless’ which was runner up for The Saboteur Best Spoken Word Show 2018. It was also nominated for The Amnesty International Freedom of Expression Award, The Brighton Fringe New Voice, it was shortlisted for The Prague Fringe Performance Award. You can find out more about ‘Hopeless’ here.

Leyla was on the Write4Film 2019 programme ran by Scottish Film Talent Network and is now developing her first short film as part of Scottish Shorts programme.

Felispeaks is a spoken word artist who is working on a dream to change the face of poetry in Ireland. She draws on personal experiences of love and life and the social concerns of young people to create work that will last long in the memory. Having received a standing ovation following her performance at the Young Blood event at the NCH in Dublin, Felispeaks was invited to perform at the Repeal The 8th benefit at the Olympia Theatre, This Is Pop Baby’s Riot at Vicar Street, Dublin Fringe’s Requiem For Truth, RTE Arena’s Culture Night concert at Dublin Castle, Body & Soul Festival and Electric Picnic.

Praised for his technical proficiency as well as his picturesque and inspiring lyrics, Dublin rapper Rebel Phoenix has earned respect from music fans across the board. Equally at home rhyming over jazzy breakbeats, booming trap beats or atmospheric soundscapes, his diverse style knows no bounds and has played a huge part in his ability to stand out from the crowd.

After a busy 2019 of headlining multiple sold-out shows, being longlisted to perform at Glastonbury and being booked to perform in New York City’s Mercury Lounge in March of this year, Rebel Phoenix returns to the stage with new music for his first live performance of 2020.

FYNCH is a 23 year-old hip-hop artist hailing from Drimnagh in Dublin. The rapper is a co-founder of Dublin record label Burner Records alongside Marcus Woods, Local Boy, Sick Nanley and ARBU. FYNCH has found his footing in lacing mouthful flows over a variety of beats. FYNCH’s themes vary to football-based bars which embrace hip-hop braggadocio to heartfelt anthems that hinge on stories of self-deprecation and self-doubt, all whilst painting a picture of the world around him. His debut EP ‘Bookies Pens & Loose Ends’ was released to acclaim in October 2019, featuring on the likes of US site EARMILK, District Magazine, Nialler9, and JOE.ie.

Denise Chaila is a rapper, singer and poet. She hails from Chikankata, Zambia and is now based in Limerick, Ireland. Her music blends spoken word and rap to give voice to a transatlantic odyssey exploring identity, belonging, and home from the heart and mind of a diasporan dreamer. She marries art with a passion for justice and social change to build space for often forgotten stories and voices in dynamic and compelling ways. 2020 is set to be a huge year for Denise Chaila, with her highly anticipated debut LP due for release this side of summer.

Bursting onto the scene in January 2019 with the powerful, spoken-word epic “Call us By Our Names”, Dublin native Malaki has been carving out his place in Irish Hip-Hop ever since, with an acute sense of lyricism and performance. The 19-year-old rapper has already had an extremely busy 2019, developing his live show in venues across the country as well as at multiple festivals over the summer including Forbidden Fruit and Beatyard.

With a strong foundation of dedicated fans, Malaki shows no signs of slowing down having just released his highly-anticipated E.P. Butterly Boy which explores a number of themes including family, friendship, love, heartbreak, desire, loss and frustration. 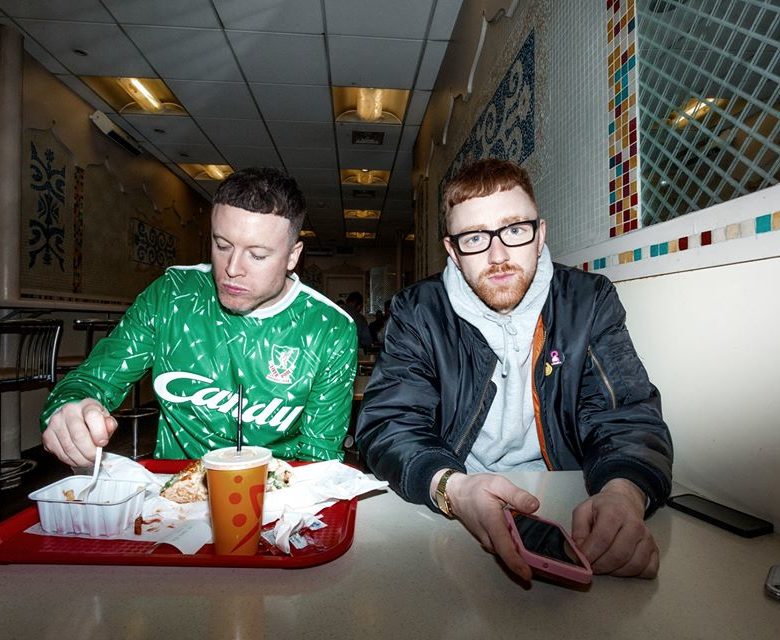