Therapy Sessions is an eclectic night of music and spoken work that should not be missed. Acclaimed spoken word poet Stephen James Smith returns to MC and programme the spoken word element for Therapy Sessions 2019. Joining him this year to curate the music element, we’re thrilled to be joined by talented duo Saint Sister (Jan 11th) and the Westmeath indie band The Academic (Jan 4th).

An emerging voice on the Irish spoken word scene, in her short career Natalya O’Flaherty takes to the stage fresh from National Concert Hall and festival circuit.

Geoff The Poet is a Dublin based artist whose work focuses on the minute beauty of life, as well as the darkness that enraptures the soul.

Martin Daws represents the genes of Oral Tradition in all it’s generations from Storytelling through Modernist Poetry, Hip Hop Lyricism, Spoken Word and some as yet unthought of Proto-Post-Linguistic-Acoustic-Audio-Sound-Speak.

Formed in 2017, True Tides is the intrepid pop project of Cian, Conor and Eoghan McSweeney, three brothers from Cork, now living in Dublin. Through a reasonably simple set-up of drums, guitar, bass, electronics and vocals, they create bold and expressive guitar music that’s at once shamelessly catchy and sneakily complex.

After recent appearances at Electric Picnic and on the Late Late Show, State Lights are recognised as one of Ireland’s best live acts. Long time advocates of Mental Health, the band recently performed at the launch of Mental Health Week and will be taking to the stage again for First Fortnight.

With influences including the Stone Roses and Joy Division, INHALER have a distinctive sound is sometimes likened to that of mid-90’s Manchester with Hot Press magazine featuring INHALER in their “Hot for 2018” list. 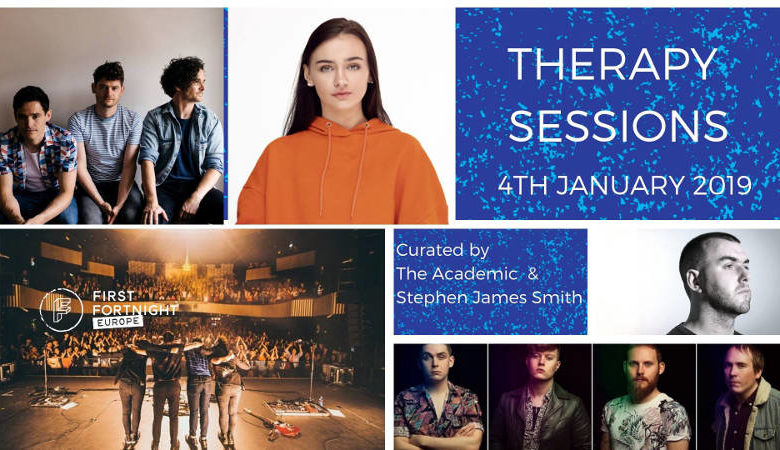