Therapy Sessions is a staple of First Fortnight Festival, an eclectic night of music and spoken work that should not be missed. The second instalment sees acclaimed spoken word poet Stephen James Smith returns to MC and programme the spoken word element for Therapy Sessions 2019. Joining him this year to curate the music element, we’re thrilled to be joined by incredibly talented duo Saint Sister

Beloved band Pillow Queens are returning to the Therapy Sessions stage with their distinct sound that Steve Lamacq from BBC Radio 6 has called “deceptively infectious, with sharp hooks and sharp nails.”

The line up includes Kevin P. Gilday, the award winning writer and spoken word artist from Glasgow who has performed all over the world from Hollywood to East Kilbride.

Published and recorded UK poet, Salena Godden will also take to the stage to share hypnotic, evocative words of courage and resistance. 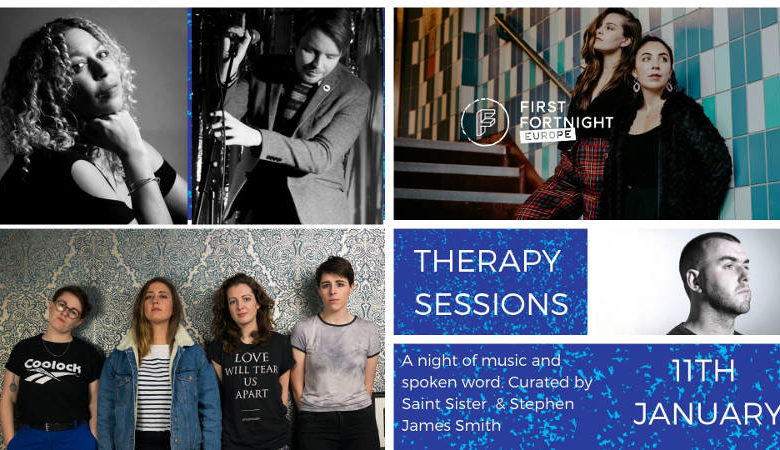