OUT NOW VIA TOUCH AND GO RECORDS

Seminal post-hardcore band Girls Against Boys will celebrate the 25th anniversary of their critically acclaimed album House of GVSB with a double-vinyl re-issue of the album via Touch and Go Records.  The LP will be in-stores on May 6.  Side A and B are the original album remastered in 2021 by Bob Weston (Shellac). Sides C and D features tracks from the band’s 90s era work including b-sides, singles, compilation songs, and a previously unreleased recording.  Pre-order House of GVSB (25th Anniversary Edition) 2XLP here. Order the bundle containing the vinyl and a t-shirt here.

To celebrate the release of House of GVSB, Girls Against Boys will be playing the album in full (as well as other songs from across their catalog) on a fall tour of the U.S., rescheduled from their original winter routing.  The dates kick off on October 1 at Doug Fir  in Portland, OR and conclude October 15 at the Black Cat in Washington, DC. Along the way they stop in Los Angeles, Chicago and Brooklyn.  The dates mark the band’s first US tour since 2013. Additionally GVSB have confirmed select European dates starting July 8 at Boskovice Festival (CZ) with additional shows in Austria, Germany and Italy.  The run concludes at the new Pukkelpop Belgium event, Here! Here! Festival, on August 14.   All previously purchased tickets from the original tour will be honored for the new U.S. shows and all dates are listed below.  Tickets are available here.

Girls Against Boys (GVSB) first recorded in 1988 as a studio project before evolving into a full-time band in the early ’90s. All four members (Scott McCloud, guitars/lead vocals; Eli Janney, keyboards/bass/backing vocals; Johnnpy Temple, bass; and Alexis Fleisig, drums) were participants in Washington, DC’s punk music scene. From the start, GVSB utilized an unusual mixture of instrumentation for a band with punk roots, including keyboards, samples, as well as two bass players on many songs.

After an EP (featuring fellow DC musicians Brendan Canty and Amy Pickering) and a full-length LP on Jeff Nelson’s Adult Swim label, the band fully relocated to New York City and soon joined the roster of Touch and Go Records, with a handshake agreement to do three albums together. Upon the release of their critically acclaimed Venus Luxure No. 1 Baby album in 1993, GVSB embarked on seemingly endless rounds of touring in the US and Europe, sharing stages with the likes of Fugazi, Helmet, The Jesus Lizard, and Jawbox.

The following year Touch and Go Records released Cruise Yourself, and the band once again found themselves touring the world.   This time the audiences also consisted of representatives of every major record label, all trying to sign the band. 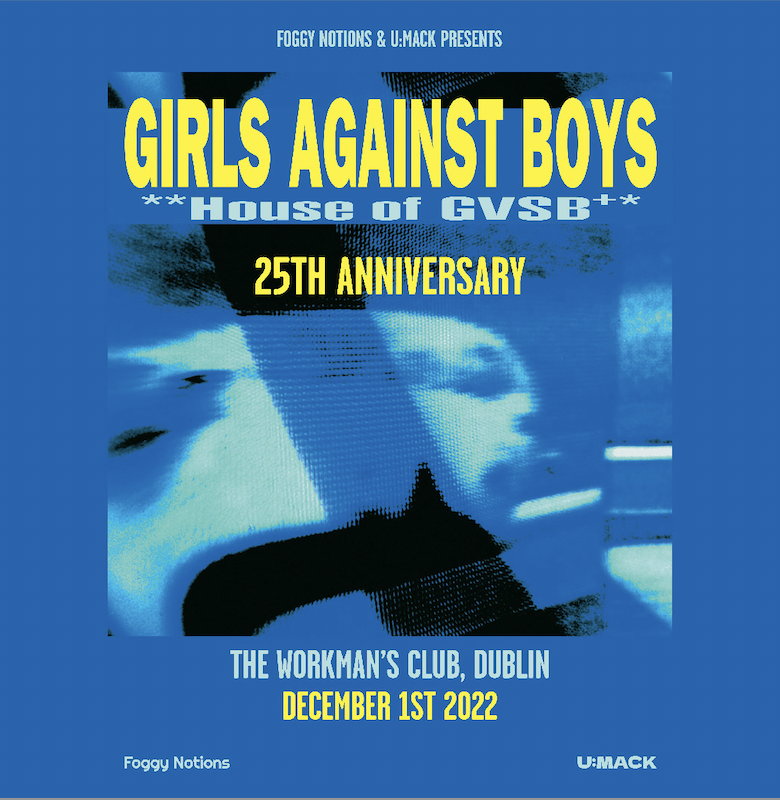