Bringing together therapeutic frequencies, forest bathing, and binaural sound, Hinako Omori’s “a journey…” combines inner healing and natural landscapes into in an immersive cartography of the mind in ambient electronics. The album progresses not track by track but as a continuous journey; a stream of consciousness tracing hills and valleys with the warmth of analogue synthesis and Omori’s voice always close at hand. It is an album with a spirit and awareness, that invites us to create a home within its sonic architectures, to find moments of peace amid our own cognitive distortions. “a journey…” was recorded at Omori’s home studio and Real World Studios, when Omori was an invited to perform at the immersive online festival WOMAD At Home. Before the mixing session she headed out into the surrounding landscapes, capturing field recordings with a binaural head. These spatial, 3D recordings are woven throughout the album, and situate each track in different environments, from waterways to forests in and around the Mendip Hills. “I’ve been thinking a lot about shinrin-yoku – forest bathing,” explains Omori. “Being in that environment reduces stress levels, it’s good for well-being, improving our memory and concentration, boosting our immune system and lowering blood pressure, among many other benefits – I wanted to incorporate that into the album.”

Omori is also fascinated by the physical and psychological effect of frequencies. “I’m very interested in sound therapy, brain entrainment and how certain frequencies can put our brain in certain states – alpha, beta, theta, delta,” she explains. “Delta (0.5-4Hz) waves for example are said to contribute to deep restorative sleep and healing, and theta (4-7Hz) to creativity, intuition and emotional processing.” Omori detuned oscillators to create binaural beats, syncing to the Hz of our brainwaves so that listeners might further find themselves calmed by and immersed in these soundscapes, as a sort of sonic bathing and deep listening. Within this highly tuned and deeply relaxing sound world, Omori’s vocals drift in and out, offering signposts and poetic lyrics that act as Rorschach-like motifs so that listeners might find their own narrative in the record. Often, Omori’s lyrics are left for the listener to interpret, with the exception of “The Richest Garden in your Memory”, which includes text from poet and philosopher Emily R Grosholz’s poem of the same name. The pair had a chance meeting on a plane and struck up a friendship and a creative connection, then when Emily sent Omori her book Great Circles: The Transits of Mathematics and Poetry, the poem “The Richest Garden in your Memory” stood out, becoming the emotional centrepiece of “a journey…” “a journey…” opens with the melancholic synthesizers of ‘Spaceship Lament’, which immerse the listener gently in Omori’s cosmos. From here the path is revealed in the title track, where in gauzy voices drift and gather across electronic plains. In “Ocean” seabirds wheel above a lonesome lament, marooned on glassy waves; ‘Will You Listen In’ invites an encounter in repeating a melody and layered vocals that take flight; on ‘Levitation’ synths ripple like light on water before a brief pause in a woodland clearing, an inhale before the balletic melancholy of ‘The Richest Gardens In Your Memory’. After this, a return to waking states begins, first with the slow incline of ‘Yearning’ and then the closing droplets and crisp rushing water in ‘Snow’. While “a journey…” traces her own personal growth in the last few years, Omori intends the album to be useful and healing for others too, and as such it is scattered with warm sonic affirmations, presenting a safe soundscape through which to do productive thinking: “With any healing you can often feel like you’re getting somewhere, but then something might appear in the way and you have to find your way back to the right path,” she says. “Each time you come across a roadblock, you also find an affirmation that you’re heading in the right direction. Omori’s “a journey…” sits within a rich lineage of electronic musicians who have looked to music for its healing properties, from Venezuelan musician Miguel Noya to Pauline Anna Strom’s ambient soundscapes; Pauline Oliveros’ deep listening meditations and the augmented field recordings of Irv Teibel’s Environments series. Omori began realising her own creative visions as a solo artist four years ago, beginning with the transportive 12″ single Voyage (May 2019). This was shortly followed up with EP Auraelia (Nov 2019), which was inspired by a period in which she experienced intense migraines that were accompanied by auras and other visual distortions. Omori is a composer who thinks deeply about her music, and provides generously to her listeners. Born in Yokohama, Japan, she moved to the UK when she was three years old and lives in London. She began her musical path learning classical piano, later training as a sound engineer, and has since moved into working with analogue synths (on “a journey…” she uses a Prophet 08 and Moog Matriarch). Previous to releasing her own solo material she toured with and played on records by a raft of critically acclaimed musicians, including Kae Tempest, Georgia, and EOB, among many others, but it is her work in sound engineering that provides the bedrock of skills that manifest her vision for “a journey…”, articulating a whole world in binaural field recordings, analogue synthesisers and augmented vocals. 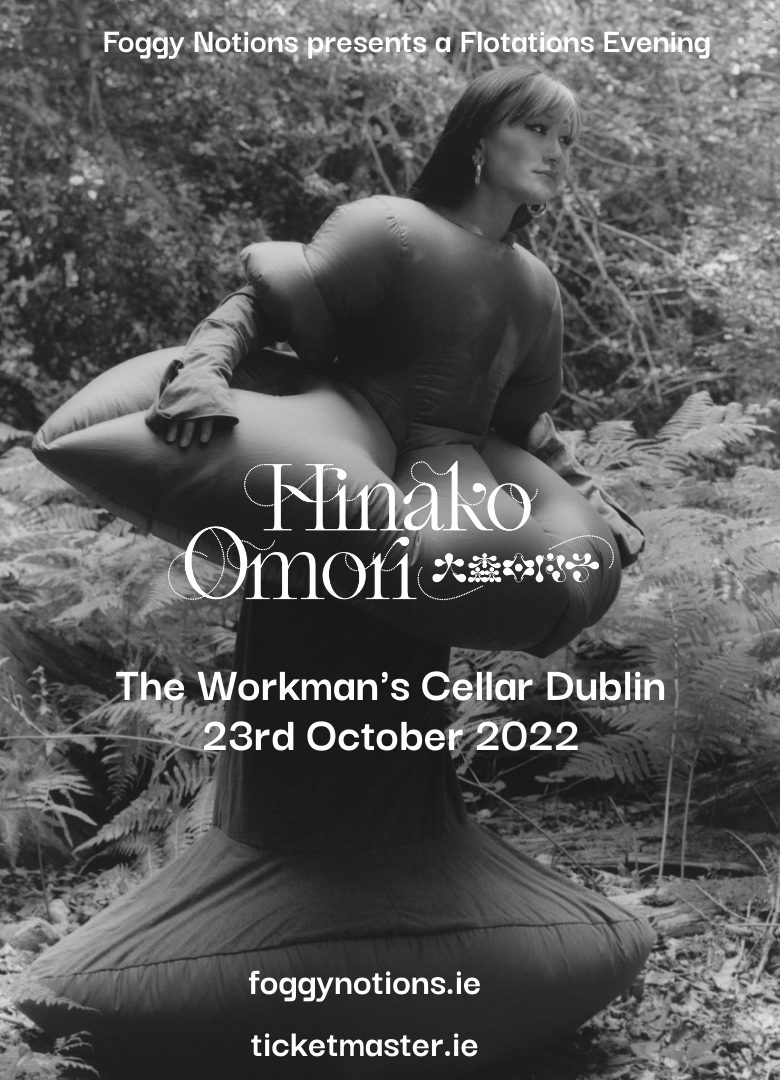