C’mere to us there, now, go on, will ya? We’re BACK with our awesome Easter Banker For Jaysis’ Sake. Just like Jaysis rose again on the third day, we encourage YOU to rise again and head down to our gaff on Sunday, 16 April. Oh, and as per usual, it’s FREE entry.

In our Main Venue we’ve got some seriously deadly live music that will make you a believer. First up, we’re bringing you the wholesome rock n roll sound of The Dead Sets.This 5 piece gang build dirty grooves and catchy melodies into a massive rocking sound with their energetic live performances

Finally, we’ll be bringing you five men from Dublin. Their names are not important now, but what IS, is the sound that those five men create as one band…The Urges! These lads are gonna bring you swirly, psychedelic rock n’ roll with soaring harmonies, strings, brass and half-heard echoes. They release an eagerly anticipated record Time Will Pass last year and folks loved it. Come and check ‘em out live. It’s what Jesus would have wanted.

Following the live music, you can stay on in the Main Venue ‘cause we’ve got the chance for you to unleash yer inner singer and join in on the always-mega-lulz- Workman’s Karaoke Club.

Upstairs to the right, we’ll be bringing you a raucous set of 80’s, 90’s, 00’s Guilty Pleasures by the most debonair Edward Porter. In the 9 Bar,the sensational Trev (Workman’s Saturdays/ Somewhere) will be spinning alternative tunes, pysch sounds, Manchester music and indie anthems. 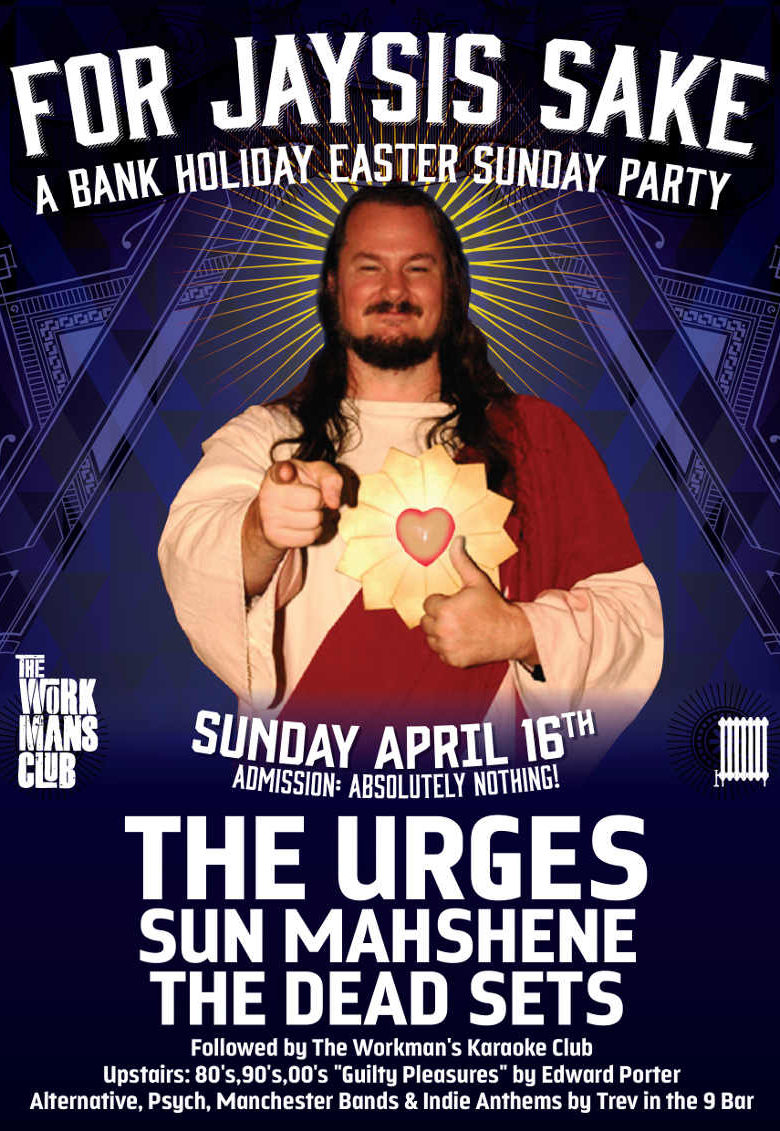