FRO will be playing live in The Workman’s Club on the 7th of January in their debut Dublin gig with support from Pecking party.

FRO are an up and coming Galway band, Their music combines a mix of punk rock, art rock, blues, folk, jazz and everything in between. Their influences include The Doors, Talking Heads and Car Seat Headrest. They have played in a number of Galway venues including Monroes, Roisin Dubh, The Loft and Busker Brownes and earlier this year released their first single ‘Desert song’.
Currently the group are working on a number of new projects for 2020 including the releases of singles ‘Sun will shine’, ‘Split milk’ and ‘Sitting Duck’.

Pecking Party are a Dublin based four piece heavy electronic rock band. The group have played numerous dublin gigs and won University battle of the bands 2018 as well as playing at Whelan’s One’s to watch festival 2018 and 2019. They released their self titled debut EP in 2017 and in 2018 released their second EP ‘Send Nudes’ in September 2018. Both EP’s are avaliable across all music platforms. 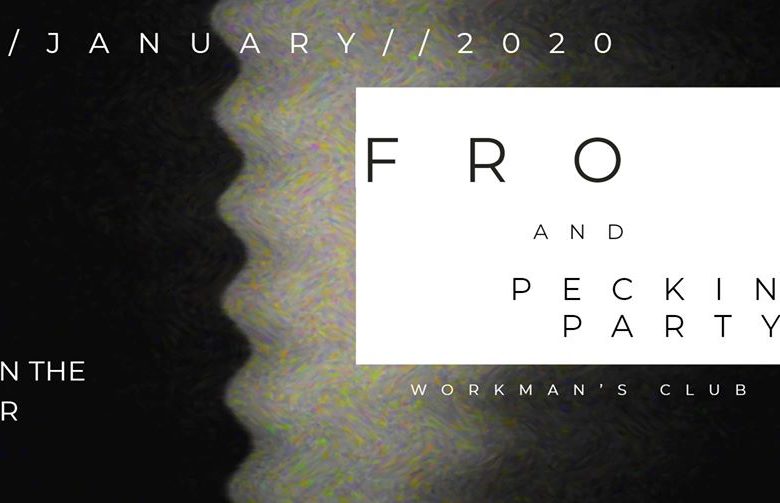