This month’s line-up features the exciting new talent that is BARQ, the ephemeral sounds of Almost Ghosts, celt-folksters Carron, and alt-pop duo Hvmmingbyrd.

BARQ
It’s hard to pin BARQ down, and that’s a good thing. Part RnB, part jazz with a slice of hip-hop, with energetic and passionate vocals from frontwoman Jess Kav, BARQ have been garnering well deserved praise in their brief existence. Early slots at gigs such as GoldenBeck in the Workmans Club quickly got them deserved attention and they have since played at Longitude, Knockanstockan as well as having upcoming gigs at Indiependence, Electric Picnic, Canaphonic and the Kilkenny Arts Festival.
This is their first Dublin headline show since their stunning Whelans performance in May, and will see them in fine fettle on foot of their festival frolics. Do not miss this exciting band!
Watch their debut single/video here…. https://www.youtube.com/watch?v=508_G2qBbyM

Almost Ghosts
Atmospheric synths, electronic drums and funk-tinged basslines all lay the foundation for shimmering guitars and dual-lead vocals. If Two Door Cinema Club (somehow) got into a disco dance-off with The National then Almost Ghosts would be the sound of the winning blows.

Starting as a rock quartet, the band’s sound changed dramatically when, in 2014, they parted ways with their drummer. This led to an expansion of their sound; incorporating a host of new electronic elements whilst retaining the core of vocals, guitars and bass.
Almost Ghosts are Mike Daly (lead vocals, guitar & keys), Andy McClelland (lead vocals, guitar) and David Dooley (bass, backing vocals & keys).

Carron
CARRON are a celtic-infused folk outfit from Dublin, led by the harmonious sisters Méabh and Mella Carron. Formed in late 2014, they were quickly pegged by Jim Carroll of The Irish Times as ones to watch; after their debut release. So Far…, a mini-album consisting of 8 original tracks co-written with Irish music producer Denis Kilty. They have since released their first EP Roots in April 2016, charting at number 4 on iTunes and earning glistening reviews from publications such as Pure M and The Last Mixed Tape.

They have often been praised for their ability to entrance an audience into pin-drop silence at the likes of Ruby Sessions and Music Town, get them welly-stomping the turf at The Lock Up Festival and Spirit of Folk, and seduce them with sultry live string sounds at Whelan Ones To Watch. They take influence from both classic female-led acts such as Fleetwood Mac, The Corrs, and Joni Mitchell, as well as newer bands such as Little Green Cars, Heathers, and Wyvern Lingo, aiming to create a contemporary celtic-folk sound with elements of pop music from across a number of generations.

CARRON have just played the main room at Whelans Summer watch. They are currently preparing for a showcase night at The Workmans Club on August 11th, booking a small Irish tour for a new single launch in October, and have commenced work on a second EP planned for release in February 2017. As a group we feel its important gain exposure to a wider audience in both Dublin and surrounding counties over the next few months, and bring our sound into the UK and central Europe as summer 2017 approaches. 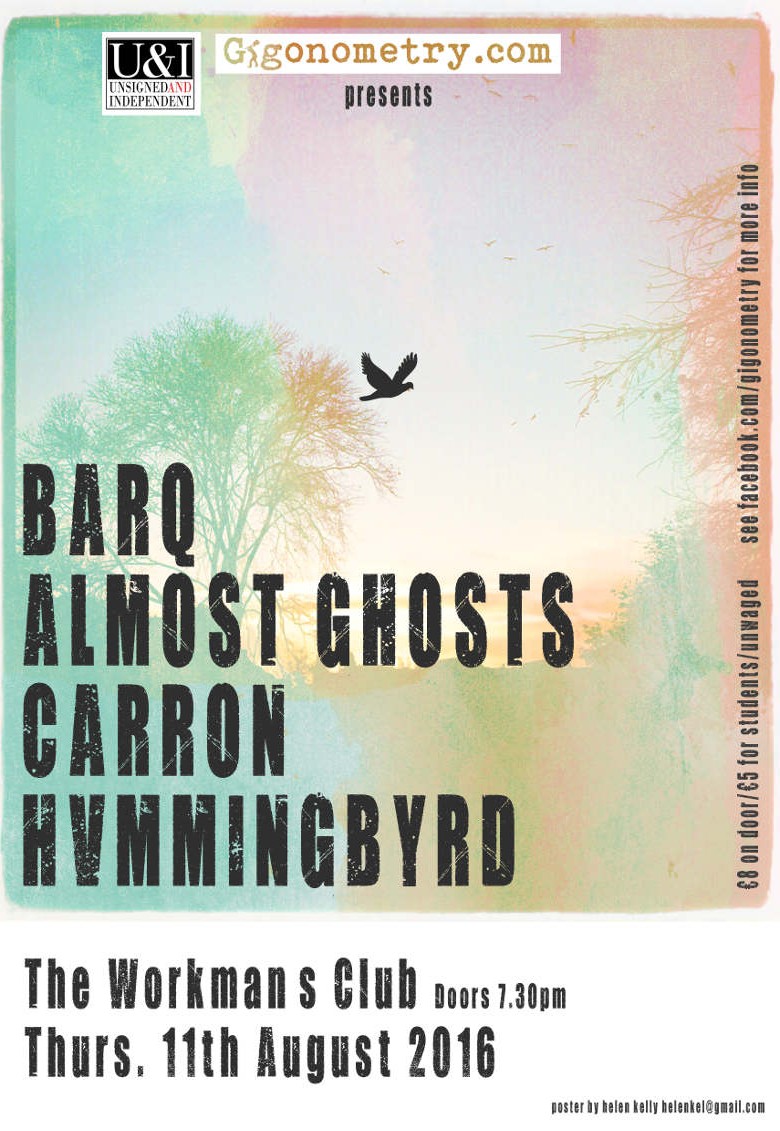