The third in our series of seasonal ‘Best of…’ gigs for acts that have played with us before and that we lurve, features an all-female all-acoustic line-up featuring super siblings CARRON, the effortlessly avant-garde and equally brilliant I Am Niamh, doubly-hot duo Hvmmingbyrd, and leaving the kit and amp at home we have a very rare acoustic set from Molly & Kaz aka Vulpynes!

CARRON are an Indie-Pop duo from Dublin, Ireland, led by the sisters Meabh and Mella Carron. These siblings are unique in their style via the frequent use of unison vocals, creating a sense of one shared voice.

In April 2016 they released their debut EP entitled ‘Roots’ which quickly shot to No. 4 in the Irish iTunes album charts, and was voted Best EP of 2016 by both Pure M magazine and Gigonometry. The girls capped off 2016 with their debut Irish tour throughout Dublin, Cork, Galway, Belfast, and Limerick, as well as a slot at the London Fleadh festival supporting The Coronas.

Their latest single ‘Battle Lines’ was released on June 30th, hitting the No. 1 spot in the iTunes Singer/Songwriter charts. With stand-out performances this Summer at YouBloom, Bloom in the Park, and a sold-out Ruby Sessions, CARRON’s appearance at Gigonometry’s ‘Best Of…’ showcase sets them up for an upcoming trip to Los Angeles for the annual YouBloom LA showcase and conference. Exciting times indeed!

“Simple, unadorned acoustic tunes with a smidgin of folk, a rub of trad and a big dash of pop, there’s enough potential on show from the Carron siblings on “Battle Lines” to mark them as ones to watch.” – Jim Carroll, The Irish Times

“Sisters in blood and folk sensibilities, Méabh and Mella Carron&#39;s newest song addresses family illness but wraps it up with a Celtic take on the feminine side of Fleetwood Mac.“ – Nialler9, The Irish Times

“Separating themselves from some the twee or overtly commercial pitfalls of the folk-pop sound, CARRON’s ethereal textural voices give a depth to the music as a whole and allude to promising paths for the duo to take in future recording” – Stephen White, The Last Mixed Tape.

“CARRON have composed an incredibly courtly compilation here, the style of which is extremely exquisite. The enlivening delivery of its vivifying vocals combined with its elegantly executed instrumentation gives rise to a truly enchanting assortment of folk songs that should impress a large listenership”. – Dave Simpson, Pure M

I Am Niamh
i am Niamh is the solo project of Niamh Parkinson. Her musical style is considered avant-garde, shown through her classically trained voice, combined with the idiosyncratic tendencies in her music. i am niamh is a multi- instrumentalist, using her voice, cello, digital piano, percussive instruments, skillfully intertwining them with a loop pedal to create a complex palate of sounds.  Her debut album, Wonderland released in May 2015, brings her electronica tendencies into successful focus alongside her continued quirky sounds, and was named within the top 30 albums of 2015 by RTÉ 2fm , The Thin Air and The Last Mixed Tape.

Founded by singer-songwriter/producers Deborah Byrne & Suzette Das in 2016, Hvmmingbyrd is an ethereal pop act based in Dublin. Warm sensual vocals/electronic pulses/ shimmering pop melodies. With regular airplay across the major national radio stations and touring the main festival circuit, they have a lot under their belt in a short space of time. This return to Gigonometry coincides with the launch and tour of their new single ‘Gozo’.

Don’t let looks deceive you, for a 2 piece band Vulpynes make a lot of noise. Expect relentless low end riffs, snarling vocals and a visceral rhythm section. Inspired by punk and garage rock, Vulpynes are brimming with gritty originality. Together just 18 months, they’ve been tearing up venues across the UK & Ireland with their signature hooks and raw energy.

Hailed for their stirring and motor driven live performances, Vulpynes have quickly gained a strong following in both the UK and Ireland. With new material on the way, plays from Irish, UK and US radio and a consistently busy gig schedule, Vulpynes aren’t slowing down anytime soon. This acoustic performance will see the gals showcase new material, as well as their singles.

‘Drawing on their pair’s influences in punk and ‘90s alternative rock, Vulpynes are a blast to experience live. Their songs are simple constructions of gritty riffs, pummelling drums and unreservedly punkish vocals that bring to mind the likes of L7 or Hole’ – Golden Plec

‘This duo take no prisoners as Kaz’s drumming ruthlessly pummels through each track while Maeve’s strong fierce vocals resounds over the ruckus like a powerhouse’ – IndieBuddie.com live review

‘Vulpynes are like what Mudhoney would sound like if there were only two of them, and they took even less shit’ – Overblown.co.uk

‘Dublin grrrl punk duo Vulpynes are not your everyday kind of band. With their sound referencing everything from the Stooges to Pretty On The Inside era Hole, they pack a punch and plenty of attitude.’ (Grrrls With Guitars, UK) 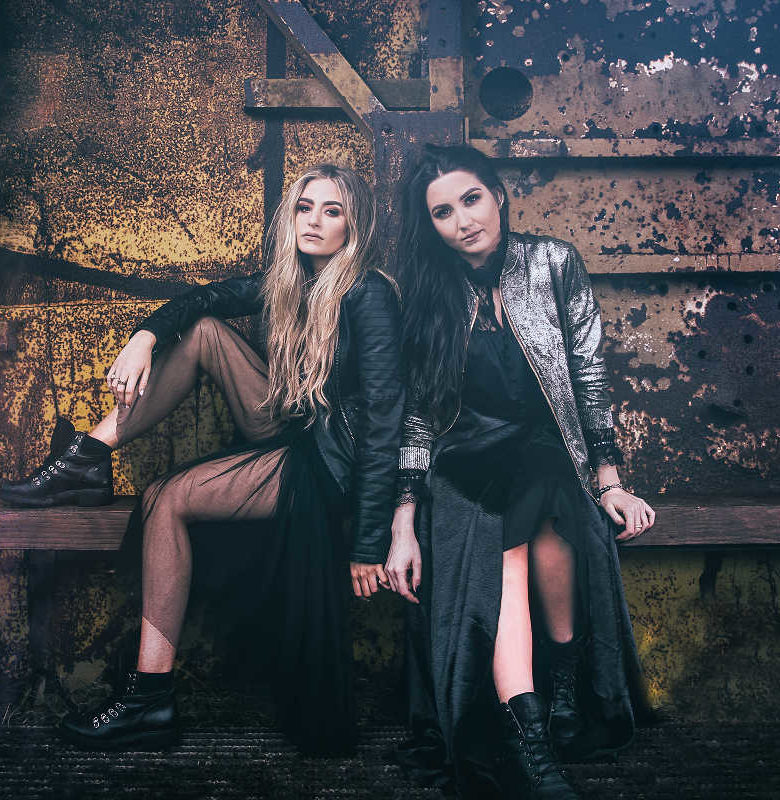