This upcoming Irish band have just released their anticipated debut EP “Estates”. The band – formerly known as The Dynamics – came together in 2015 and with them, they brought their signature tenebrous blend of raw guitar and awakened lyrics. In just a few short years, the band have gone from strength to strength. After starting off in pubs and bars such as Workmans Club and Fibber Magees, to supporting Picture This alongside Danny O’Reilly and Glen Power, these guys are making waves in the Irish music industry. Obvious was their first single to be released from their debut EP Estates, which released on the 28th October with a launch night in Whelan’s and was received well with a sold-out crowd. The songs display what they do best; pure, unfiltered music with the lyrics to match.

“It’s a very promising debut and needs to be heard loud. It’s no frills rock ‘n’ roll and marks them as ones to watch” – JOE.ie

Tanjier have brought their unique indie electro-pop sound and their thrilling live light show to many of the major Irish venues and festivals in 2017. Their sound, is inspired by London Grammar, Coldplay, The 1975, LCD Soundsystem and Bon Iver.

2017 saw Tanjier close the Other Voices Festival, excite crowds at Electric Picnic, support The Strypes, and sell-out shows across Ireland; including twice in Whelan’s. They have received national airplay, including live performances on RTÉ 2FM. They have gained a reputation as one of the most exciting Irish live acts. They bring energy, anthems and their own custom light/laser shows across the country.

Electronic beats, growling synths, catchy guitar hooks and haunting vocals, Tanjier are modern musical story-tellers. In their lyrics, they have explored ideas like youth, mental health, prostitution and nostalgia. They provide a soundtrack for people living through the ironies of the modern age.

“Deeply emotional, wildly passionate music… One of the most hotly tipped acts to appear on the original Irish music scene.” – Dublinconcerts.ie

“Deliciously dark, beautiful music to watch the sun go down… go check them out before the rest of the world falls in love with them.” – Musician.ie

The Survival Code are a rock duo based in London with a front man from Dublin. They combine passion, quality musicianship, energetic performances and great  songs to deliver a unique offering in the music scene today.

Gary and the lads have two singles, an album and a ton of live shows to play before the end of 2018, so it’s all happening this year!

The album “MMXV” was released in 2015 with 3 singles, the most successful of which was LIVING A  LIE.

Leila Jane grew up in both London and Donegal. She began writing songs at age 15 after listening to the full recordings of the 1930’s blues player Robert Johnson. After an appearance at the Cambridge folk festival in 2013, Leila Jane was described as ‘’Somewhere between Janis Joplin and Sandy Denny’’. Since then Leila has been gigging widely and travelling to the USA to pick up inspiration for her songs. Taking influences from all genres of American roots music, Leila’s voice captures both gritty raw tones and smooth sweet melodies. A hauntingly brilliant bluesy tremolo comes through when the passion climaxes and can soften again into a delicate intimacy. In 2015 she received the Imelda May scholarship to study songwriting at BIMM Dublin. 2018 has seen her supporting Karl Blau, Tandem Felix and Jessica Lea Mayfield. 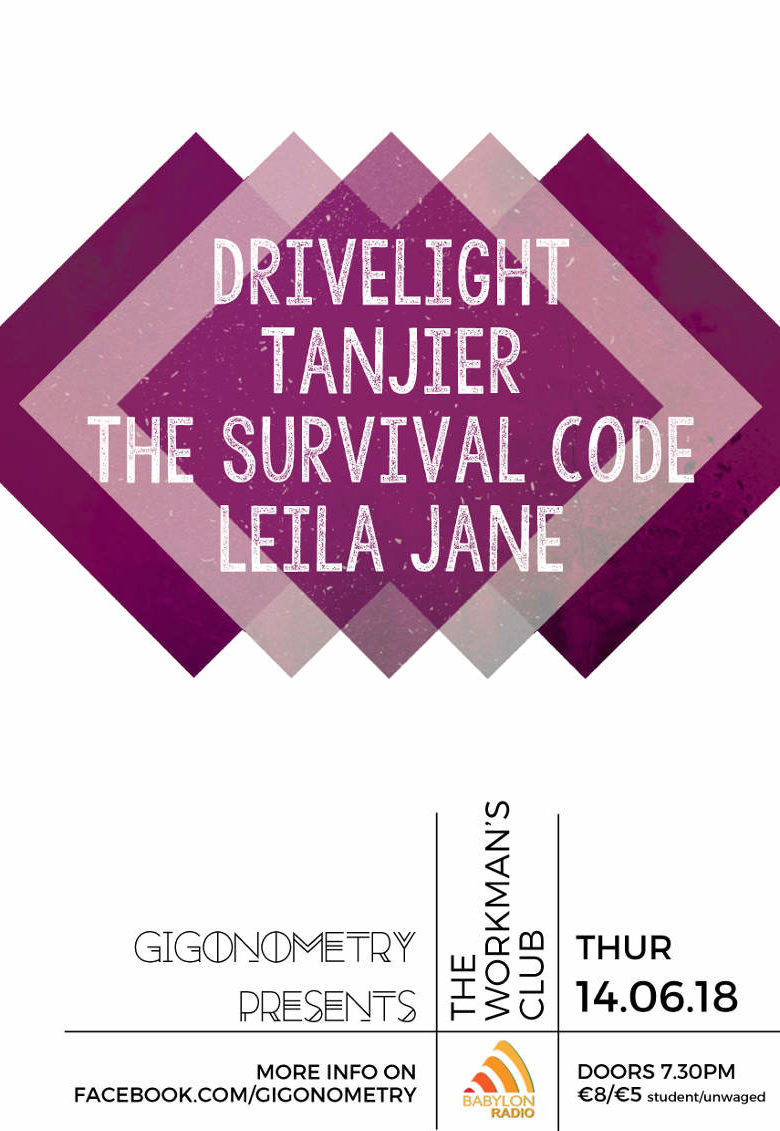