Another astonishingly eclectic and brilliant line-up will grace the stage at The Workmans Club for the April Gigonometry Presents… monthly showcase gig. Easy Tide are part punk, part indie, and 100% rock, Tuath are a bi-lingual mix of prog/math/acid jazz rock and will seriously blow you away, and we are delighted to have the much talked about enigma that is Katie Laffan, as well as a new find in the form of Farah Elle, a new talented act that many are waking up to.

Easy Tide are a 3 piece alt garage punk band with a pop sensibility. Consisting of Navan lads Aaron Dunphy on vox and bass guitar, Steven Rafferty also on vox and guitar and ‘Baby’ Conor on Drums, they take the DIY approach, making their own recordings and videos in Mark Carolan’s Fennor Lane studio in Slane.

The lads recently released their first record “Ennui”, which has been picked up by TxFM amongst others (and is available on soundcloud.com/easytide for FREE download), and have been constantly gigging their material leading to a very fine tuned live show which is not to be missed.

For more tunes check out easytide.bandcamp.com

Tuath
It’s hard to pin Tuath down. A 3 piece-piece space-rock outfit, often augmented by a freeform saxophonist, they have many influences; artists such as Ween, Brian Jonestown Massacre, Primus, Caribou, Tame impala, Unknown Mortal Orchestra, Nine Inch Nails, Queens of the Stone Age, & Tool have all had a serious affect on the the bands output. Best to check them out for yourself; they are really something to behold live.

‘Amhairc Thart Ort Fein’ paints an abstract view on the blurring of transient verisimilitude, a wake-

up call to arms, discarding blinkered subjugation, favouring the enrichment of true enlightenment.

topped off with some mighty sax playing- State.ie

An extraordinary Dublin artist yet to turn twenty years old (she made her live debut as a drummer at the age of thirteen), Katie Laffan was introduced onto the Irish music scene by appearing on the cover of Hotpress Magazine as the winner of the Alcatel/Hotpress ‘Big Break’ competition in 2013. She has used her bedroom studio, her grandad’s old keyboard, a laptop, instruments and €99 mic to create a sound drawn on a range of musical styles – from funk and modern pop to reggae and ska, post-punk and even a bit of hip-hop. Combining a unique voice with her skills on drums, guitar, ukulele and keyboards, this approach has resulted in debut EP ‘Dead As Disco’ – so named because most of her favourite genres are considered dead and buried.

The EP mixes her home recordings with material from sessions with her live band from Dublin’s famous Windmill Lane studios, provided by the Guinness Amplify project. Marrying her pop and more left of centre influences to perfection, the five songs are smart, sharp and catchy – topped off by a set of lyrics that detail her life experiences in witty, no nonsense detail.

Following a number of 2016 new artist tips – including appearing in Nialler9’s list of worldwide acts to watch – Katie is releasing the sax driven, funky ‘I Don’t Mind’ as the latest single from Dead As Disco and has been invited to perform at the Output Music Convention in Belfast, following a keynote address from Steve Albini.

“She really is a remarkable talent. There is freshness and originality about what she does…” Niall Stokes, editor Hot Press

genres; from hiphop to R&B and ska, while featuring Arabian echoes from her Libyan

background. She is currently based in Dublin, having moved to Ireland with her family

when she was 2. Her rhythmic lyrics, piano driven songs and distinctive voice aim to

reveal something of the beauty in the ephemeral everyday. She is currently writing and

recording her debut album at home – For the meantime, her single “Silk” is available on 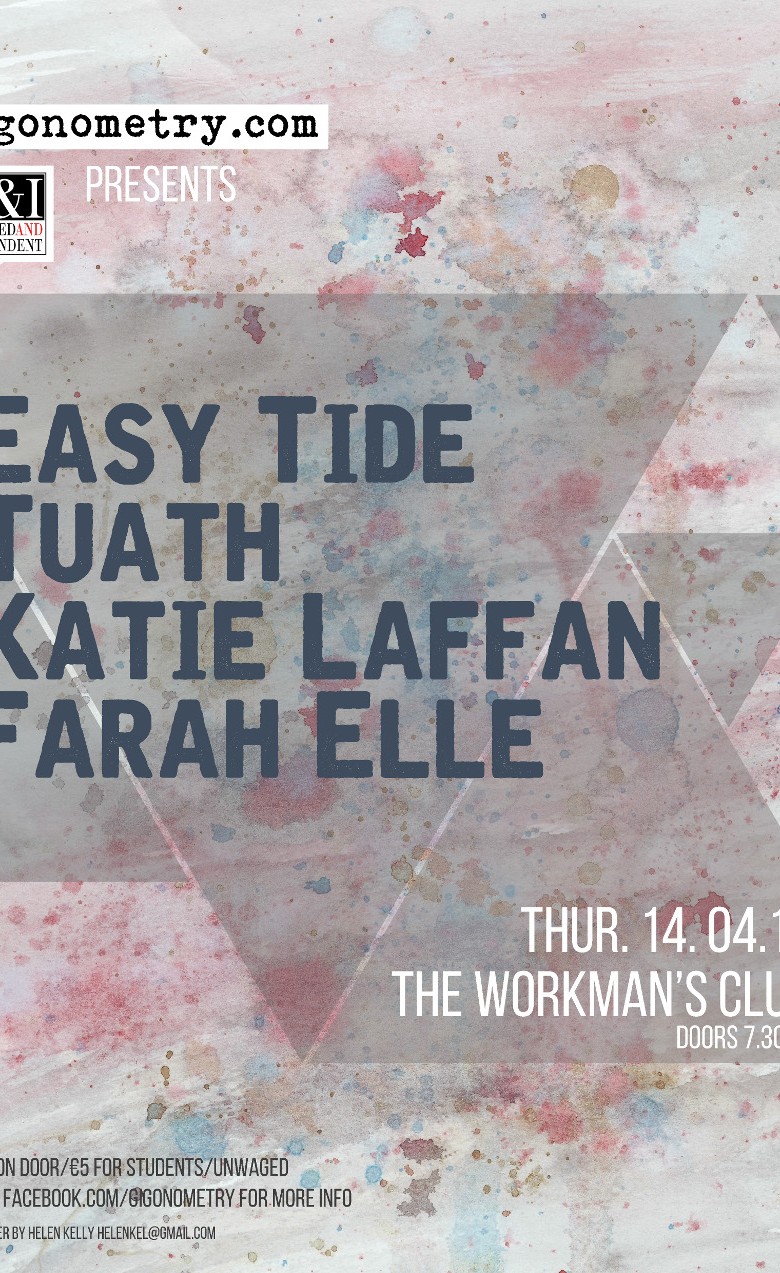