Our last show of 2015 will be very special indeed; the beautiful sounds of Let’s Set Sail, the rather interesting newcomers New Mellow, the anticipated airing of pre-album material from No Audio Dialogue, and the excellent blues artistry of David King.

Let’s Set Sail began as a song-writing project for two university students, studying classical music composition. The band has experienced different line-up changes since its formation but it has recently stabilized as a 4-piece. Their electronic, folk, classical and alternative rock influences combine, to create a sound that has been described as ‘indietronica’. The band’s music is song focused, with a strong emphasis on literal, anecdotal lyrics.

Let’s Set Sail released a double A-side single, Five of Trumps/Leon, in the summer of 2015. These songs were digitally released, to provide a sample of the band’s current musical direction. A new EP will be recorded in January 2016.

In the time the band has existed, it has performed at different events and venues, such as: Forbidden Fruit, Beatyard, RHA Gallery, Whelan’s Ones to Watch Main Stage.

“…intricately woven verses of needle point observation about this dirty old town… a band with the habit of making the familiar seem different”. – Le Cool Dublin

“[About Five of Trumps] Constantly moving and evolving, the song is perfectly set and composed in its sound, making its eight minute running time feel natural and not over-long.
Leon is more direct in its mood and tone. The twinkling synths and running piano lines weave nicely around the vocal, further establishing Let’s Set Sail’s uniquely evocative sound and style.” – The Last Mixed Tape

“Let’s Set Sail are more than capable of crafting memorable electronic pop songs, but it’s their ability to evoke images of Dublin and the distinctly Irish flavour that permeates these singles, which allows them to stand out from their peers.” – Dublin Concerts

New Mellow are an alternative rock outfit playing original tunes with a unique style that’s bound to leave you hooked. Formed in 2014 by four friends who have been playing with each other in various acts for over 5 years, They’ve spent the last year gigging around Dublin hitting up the usual spots such as The Academy, The Workmans Club, Sweeney’s and The Mercantile, even making it to the semi-finals of The King Kong Club.Their debut EP is currently in the works.

We are delighted to have this class act play a rare show. No Audio Dialogue are a 3 piece alternative rock outfit from Dublin. Formed in 2014, the band have been writing and rehearsing like crazy, and plan to gig as much as we can, build up a fanbase and blow minds.
They are currently recording their debut album; with a release expected in 2016.
Former Saccade frontman Steve is on guitar and vocals, Ciaran is on bass and Gary Vitagliano on drums.

The Delta and Chicago blues style’s delivered with his unique blend of Irish Soul offer up original vocal and guitar styles and create a back beat for the stories in his songs. David performs both solo and with the support of his road band known as the “Raging River Band”.

“David King does what a lot of modern blues artists struggle to do. He makes complex chord progressions work in the blues format. These songs aren’t the same thing on a loop, there are breaks, bridges and different choruses.”Pure M Mag 03.07.2015 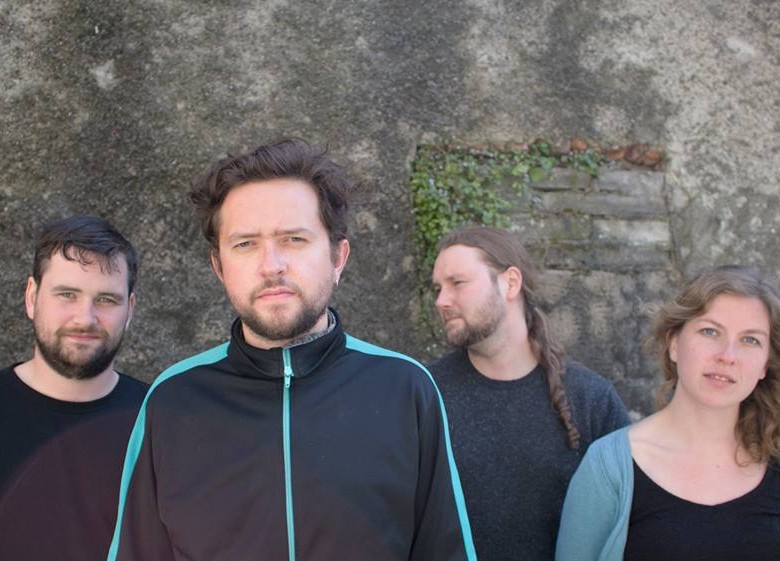