The first of two summer 2-nighters in The Workmans Club kicks off in style with an amazing trio of acts, in the form of the magnetic and mesmerising Mystic Tears, Jake Regan with his full band, and the mighty Magazines, newcomers currently taking 2019 by storm.

MYSTIC TEARS make Cosmic Punk-Rock music, harkening back to the glory days of Grunge but with a Divine sweetness that elevates the listener into a higher state of being. It’s like Nirvana meets The Doors. Songs such as ‘King On The Cross’, ‘Watching You & ‘Mouse Kills Man’, fearlessly emblaze the state of disgust they each share for the corrupt & unjust nature of governments, religion & capitalists – while tracks like ‘Most Wanted’, ‘SHINE’ & ‘Wise One’ beckon us to liberate our souls from the shackles of ego and return to the awareness of our true nature.

“Dunnes every fibre seems to vibrate with an out-of-kilter shamanistic energy that is hard to define, other than to say it is equal parts Jim and Van Morrison” – Barry Egan, Irish Independent.

“There’s something really ear-catching about the juxtaposition of simple, repetitive verses underscored with sinister themes and Mystic Tears know just how to capture that haphazard magic and shoot it with intent and precision.” – Paul Weyer, ANRFactory.com

Jake Regan was the frontman and songwriter of Dublin band Segrasso since 2013. The band released three EPs before its inevitable demise early in 2018. He is now involved in several projects as a drummer, and is als

o in the process of recording his first solo album, on which he plays every instrument. The first single, ‘Over It,’ and its accompanying music video were released in February.

Magazines is a Dublin/ Kildare based band formed in the summer of 2018. The band consists of Cath (vocals/ rhythm guitar), Shayne (lead guitar), Tom (bass), and Dan (drums). Magazines love artists from all genres across the board, but primarily reference grunge, funk and pop as their main influences when it comes to writing music. Although Magazines only had their first gig in November, they’ve already made a name for themselves on the Irish music scene having gigged relentlessly over these few months.
Instagram @officialmagazines
Facebook @officialbandmagazines 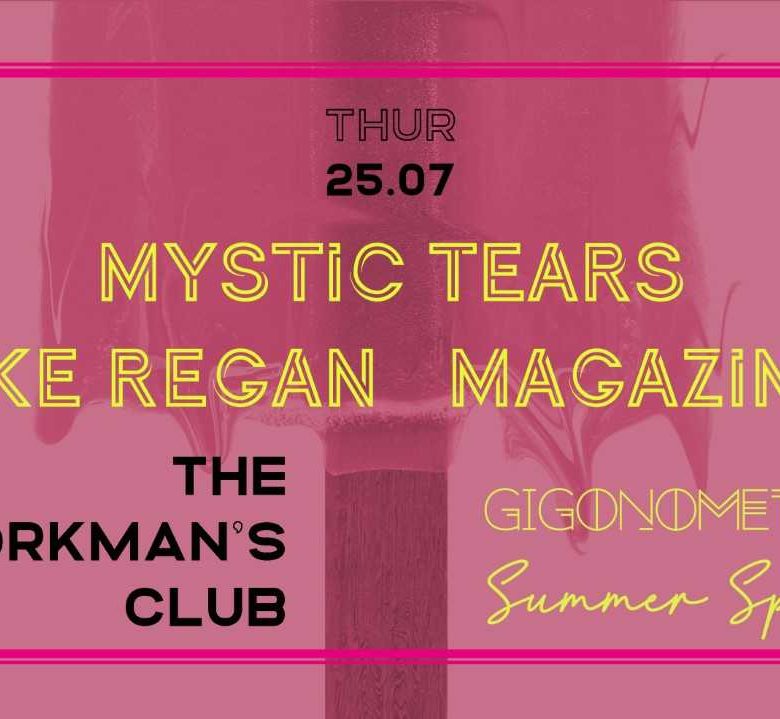