This month’s line-up for Gigonometry Presents… is ridiculous in its quality. Seriously, any of these acts could be headlining, so treat yourselves to an early start with the rather excellent Robert John Ardiff of Come On Live Long fame, the magnificent Heavy Soda bringing us their Beatles mixed with White Stripes sound, D-Day with their Indie-Galwegian melodic hooks and harmonies, and to kick us gloriously into December are psych specialists Sun Mahshene. We’re smiling already. Oh, we nearly forgot, The Poet Geoff will be performing his powerful spoken word pieces in between the music sets, prior to his appearance the following week in St. Patrick’s Cathredral. What’s not to like?

Lead by Nathan Henderson, Sun Mahshene is a collective of musicians from Dublin, Ireland, working together to make something sonically exciting. The 5-piece merge their wide influences to create a fresh take on the alternative underground scene with an emphasis on dark-tinged psychedelic rock & roll, creating an ethereal, mammoth wall of sound, Live, the band employ an arsenal of three guitarists to maximum effect, and have gained a cult following across Ireland, the UK, Europe and the US. A key focus of the band is to capture the sonic assault and fuelled aggression of their studio sessions and take it to the masses. The future’s dark, the future’s Sun Mahshene!

D-Day are a four-piece alternative band from Galway, Ireland, made up of brothers Darragh and Keith Whyte, Chris Breslin and Cathal Sweeney. Drawing influence from Kings of Leon, U2 and The Killers.

Following on from a hectic UK summer tour featuring shows at The Cavern, Liverpool and Night and Day, Manchester, the band returned home for the Pure M Awards at East Side Tavern, Dublin where they topped off their summer winning ‘Best Act’. They launched their singles ‘Misunderstood’ and ‘Movin’ On’ on Oct 7th 2016 and March 20th 2017 respectively to critical acclaim. Since then, ‘D-Day’ have been on a non-stop mission introducing themselves to new audiences and opening for acts such as Hudson Taylor, Delorentos and The Strypes.

‘’Not for a long time have I witnessed a set with not one weak song.’’ – Craig Sharp-Weir, I’m Not From London

‘’D-Day have managed to successfully make themselves stand apart from the crowd.’’ – Remy’s MusicandFilmBlog

‘’This is definitely a band I hope gets a lot of attention.’’ – Al Gilmore, Chordblossom
‘’A new four-piece band from Galway with a lot of promise.’’ – Eric Lalor, JOE.ie

“You don’t want to miss these guys.” – Shannon Duvall, YouBloom

Veterans of the Irish music scene, the members of Heavy Soda each played and  toured in different groups (sometimes together) over the years. Forming in early 2017, it didn’t take them long to find their stride –the songs were there, they just had to plug in and start playing. Musically they are funky, punky, raw, and catchy.

Like the Beatles jamming with the White Stripes, these songs come at you full on and stay in your head for a long time.

Since summer 2017 the band have released a number of singles, which have received national radio play. Heavy Soda are now hitting the Irish live scene and will be thrilling audiences up and down the country over the next few months.

Robert John Ardiff is best known for his work with Come On Live Long. In a quiet period for the band he decided to write and record an album with the latest single being described by The Last Mixed tape as ‘a distant sounding take on the indie-folk genre awash with texture and depth.’. He writes songs in his boxroom and brings them into the wider world with the help of a band. His debut album “Between the Bed and Room” is out soon. His latest single “Paint Your Nails” can be found here; https://youtu.be/82KwSOX7Vdc

“Ardiff’s venture into a solo project will not just be a compliment to his other work, but a noteworthy collection in its own right”. – The Thin Air
“A textured, melodic and warm offering; ‘The Fall’ is a testament to Ardiff’s notoriety as a songwriter and performer.” – Golden Plec

Returning to Gigonometry for a third time this year, Geoff has practically become our resident poet, performing his personal story poems about life in Dublin, growing up and as an adult, with all its anachronisms, challenges and joy.

“Your best and worst gig so far? ….Most favourite so far have probably been Gigonometry in The Workmans for great vibes….” – Jess Kav of BARQ (entertainment.ie Jan 17) 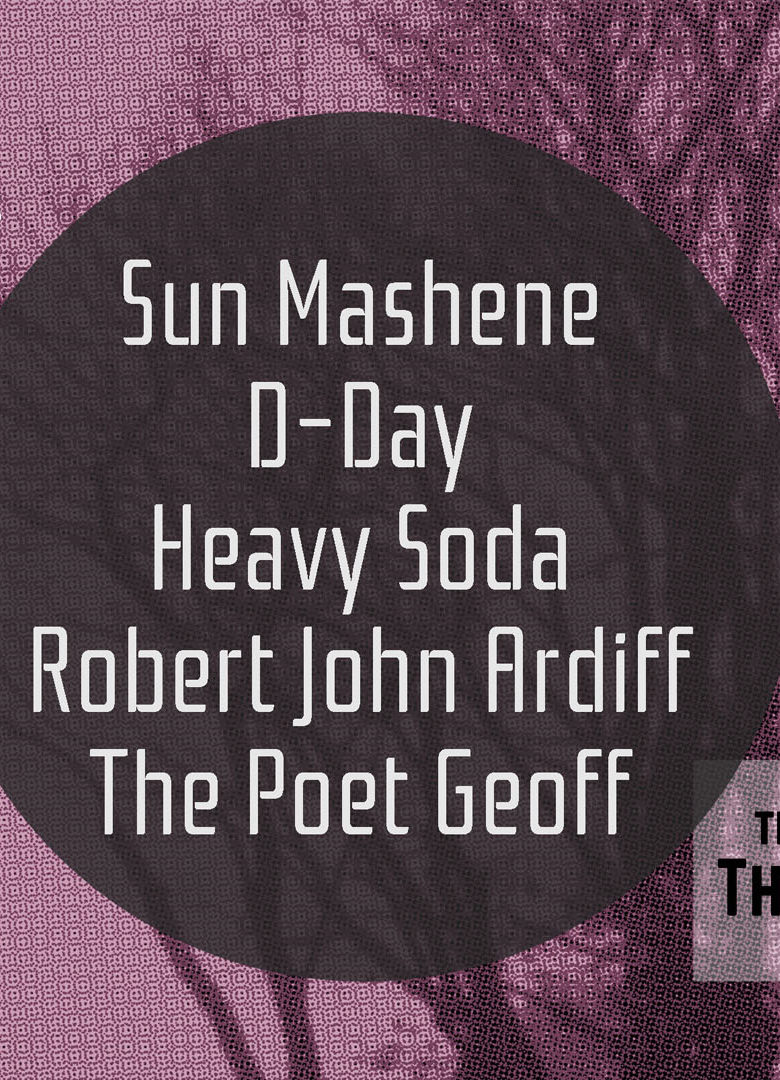