Night 2 of the second of our summer 2-nighters in The Workmans Club sees host Dave Conway’s musical project The DC Experiment take to the stage, alongside songstress Aleigh, currently making some of the sassiest music on the scene, and up and coming outfit DB Hews, showcasing the talent of multi-instrumentalist Eugene Egan and his superb backing band.

The multinational outfit consisting of an Irishman on guitar and vox, a Hungarian bass player, a French violinist, a Brazilian backing vocalist and a Hungarian Cajon/percussionist = The DC Experiment. Debut album ‘Parallel Universe’ is available to listen to in full on Bandcamp, plus various singles, and there’s videos galore on YouTube, including recent single ‘Dona Ignez (has the last laugh)’.

Described as what can only be a cautionary tale (presumably to the “girl who finds him next”), Aleigh’s newest release comes on the back of a sold-out upstairs Whelan’s show for a debut release last year and more recently a string of support shows for iconic Irish acts such as Brian Kennedy, Bagatelle and Christy Dignam.

Over recent years, Aleigh’s musical journey and passion has taken her back to her hometown of Dublin, where she restarted her musical guise in city hostels and performed acoustically to the bellwethers and aficionados of the burgeoning Irish music scene.

Despite being initially signed as a solo singer-songwriter, Aleigh realised quite early on that she was immediately more comfortable within a full band which allowed the variety of her self-penned songs to alter between solitary ballads, jaunty rhythms and vivacious guitar driven alternative rock.

Having worked with producers such as Gavin Ralston (Silverwood Studios) and Fran McDermott / Eric Sharpe (AbbeyLane Studios) Aleigh’s latest offering “Boys Not Right” is a 2.37 minute riff driven, independent release of an honest tale which describes an incompatible past relationship that, well simply put, belongs in the past. I’m sure it’s safe to say, most of us have been there…

DB Hews is the stage name of Eugene Egan, born on March 23, 1993 in Dublin, Ireland. The son of musician Paul Egan of the Liffey Light Orchestra, he picked up his first instrument age 5, starting his first band at 15. Through this and his involvement in choirs, he gravitated towards a blend of jazz, blues, and choral music.

He studied Law in Trinity College Dublin, at the same time writing songs for his band Amberfly, and for musicals in the theatre society. After Amberfly broke up, life events distracted from music, halting the release of solo material. Moving to Edinburgh for a Masters in Global Crime, Justice and Security, he joined up with the Edinburgh University Jazz Orchestra, singing jazz standards.

The posting of his Bob Dylan homage ‘Frightening Times’ on YouTube in June 2017 marked the first time his music had been heard since 2013. Building confidence, he wrote ‘Does My Baby Even Care to Know’ for short film ‘Lose Like a Human’ by Luka Vukos, winning Best Original Score at the Hyperdrive Film Festival 2018. He released his first ever single ‘Shambles’ in 2019, to instant critical acclaim, securing him a spot in the 2019 Nova Discovered competition, which he subsequently won.

Off the back of this, DB Hews supported the legendary Aslan at the Iveagh Gardens on July 13th, 2019. Now, in addition to working with acclaimed producer Kevin Brennan, he is currently working with the renowned Gavin Glass on a single to be released on vinyl in Autumn 2019. 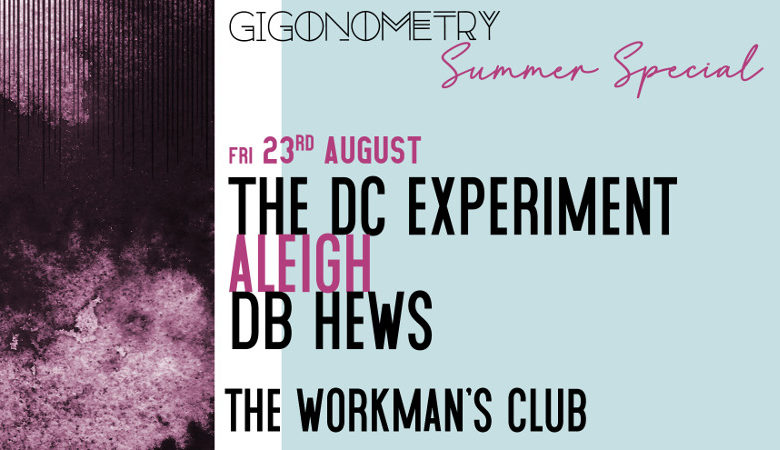