Gigonometry Presents… The False and the Fair, My Tribe Your Tribe, The Address, Cat Dowling

The last Gigonometry Presents…of 2018 features the fabulous The False and the Fair, hot on the heels of the launch of their debut ‘The Space in Between’ EP and a fantastic launch gig at a packed Whelans, My Tribe Your Tribe, who played a stunning set at Electric Picnic as well as dropping several superb singles over the course of the year and are finally making their debut at Gigonometry after intense negotiations, and indie/acoustic folk-rock 3-piece The Address, fresh from the release of their debut EP ‘Royal Blues’ and a highly successful launch gig at a jammed The Underground venue in November, and the inimitable Cat Dowling making a rare appearance on the live circuit.

This is a gig not to be missed!

The False and the Fair

On a camping trip in the Wicklow mountains, Tommy was the first to wake up. He climbed some rocks and sat down, headphones on, looking down over the campsite where his friends slept. As he breathed in the cool morning air, the voice of Townes Van Zandt reverberated in his ears: “…the sun will rise soon on the False and the Fair.”

In that moment a band was born. The first to join was Adam, shortly followed by his kindred spirit and psychic twin Jacob. Together their bass and drums formed the beating heart of the band, the pulse that brought Tommy’s songs to life. Cormac’s mellow guitar tone was the final piece of the puzzle, providing the indefinable emotional lift these songs needed to truly soar.

Once assembled, The False and the Fair wove their psychedelic web around Tommy’s distinctive vocals and folk songwriting to create a uniquely atmospheric blend of alternative rock. The band soon became known for their live shows, with songs running the gamut from manic energy to somber reflection and back again at a moment’s notice.

The sun will rise soon…

“The five-track opus shines a light upon the band’s folk influences, while infusing the psychedelic sounds of Cormac, Adam and Jacob with Tommy’s folk singing and songwriting chops to create an atmosphere that is distinctively their own.” Hotpress.com

“(On EP track ‘Gone Tomorrow’) There’s a lovely cross-over between late 60’s folk, psychedelia and alternative rock, the former courtesy of Love, the middle from Jefferson Airplane and the latter genre from The Doors.” – Remy

“The lead guitar, shimmering cymbals/atmospheric percussion work and leading baselines all blend perfectly together and build (Gone Tomorrow) slowly to a spine tingling crescendo aided by some beautifully arranged harmonies.” – The minor Fall, The Major Lift

My Tribe Your Tribe

My Tribe Your Tribe is an Indie-Electro band and recording project of Laois-based musician, George Mercer. Initially inspired by the introspective electronic sounds of late-night Irish radio-playlisting, George began experimenting with electronic music and synthesizer sounds before embarking on a string of ethereal bedroom-style DIY EP’s. MTYT’s sound later developed into the more expansive, full-band, electro-tinged, Alt-Pop productions heard on singles, ‘Will to Survive’, ‘Only a Horizon’, ‘Ghost with You’ and ‘Loyalites’, a three-track EP, released last year.

Having built My Tribe Your Tribe’s live reputation with two previous national tours and performances at Other Voices’ Music Trail, Electric Picnic’, Body and Soul Festival,  Bare in the Woods and more, Mercer began working on a self-produced & mixed debut album titled ‘I Learn A Lot From You’ recorded at his home studio in Portarlington, due for release in early 2019.

MTYT’s latest music is for the most part an upbeat marriage of pitch-shifted Indie-Psychadelic guitars and retro-synths slotting in in somewhere between the immediacy of classic 80’s synth pop bands and the production aesthetics of artists such as LCD Sound System and Tame impala.

Former frontwoman with Alphastates, Cat Dowling has also released a highly successful solo album and is recognised as one of Ireland’s foremost singers. Her songs are melodic, heartfelt and delivered with sweet vulnerability. Despite being quiet on the live front in recent times, Cat has been working quietly on new material; this performance will showcase some new tunes as well as the more familiar songs that will have the audience singing along. 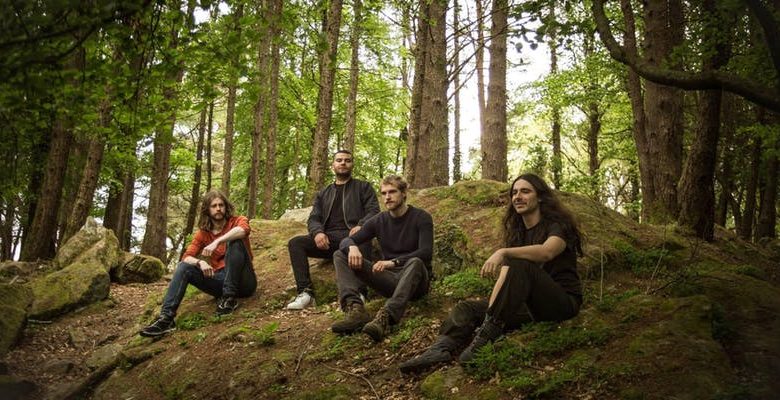