The second night is in association with Irish independent music blog REMY, and features a tantalising line-up of acts. Headlining on the night will be experimental jazz and hard-core punk act Robocobra Quartet from Belfast. This will be the band’s first Dublin gig following the release of their sophomore album, ‘Plays Hard to Get’, the follow-up to the critically-acclaimed ‘Music for all Occasions’ which The Irish Times described as; “Frank Zappa, Charles Mingus and Rage Against the Machine meeting in a dark, absurdist alley”. The four-piece have a huge following in Ireland in no small part due to the emphatic intensity of their live performances.

Dundalk five-piece Just Mustard caused a jolt on the Irish music scene when they released their debut EP in 2016. Music critics struggled to define their sound adequately, moving from dream-pop to shoe-gaze to lo-fi and noise-rock. The release of their debut album ‘Wednesday’ in May of this year has confirmed them as an act that see no borders before them in terms of artistic expression.

Having formed in 2015, Wicklow alt-rock and punk four-piece The Felonies released a trio of singles in short succession last year garnering significant airplay on RTÉ 2FM which would directly lead to a slot at Electric Picnic. A stand-out performance at Whelan’s Ones To Watch in January this year has led to a groundswell of interest in the band and their hard-hitting live performance is a must see. 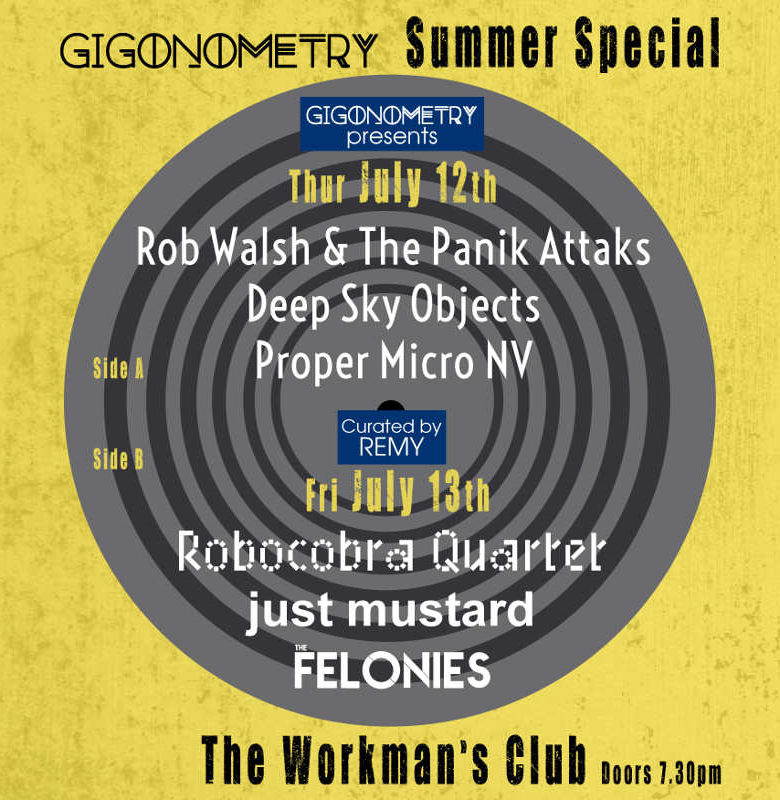