The month’s line-up features 4 incredible acts, and is as eclectic as it gets. The stand-out act at Whelans ‘Ones to Watch’ in January, Silverbacks will send you to the pavement with guitar hooks galore melted into you brain, just after our fabulous New Zealand visitors The Beths woo you with their intelligent retro-indie songs. Ailie Blunnie and her band are simply quite brilliant; if you haven’t caught her before be prepared to be moved inside and out. Opening up the night is Enda Reilly, with his bi-lingual set (Bearla agus Gaeilge) exploring the world through song in his unique way.

Silverbacks are a five-piece rock band based in Dublin. They are Daniel (guitar, vocals), Peadar (Guitar), Kilian (guitar), Emma (bass) and Gary (drums). Their sound is laid back and urgent, insistent and patient, simple and complex. Their songs are smart, the smooth arrangements effortlessly delivered by five musicians clearly working as a team, on top of their game. Their ‘divil may care’ attitude belies the tightness of the live output and will continue to have audiences enthralled for years to come.

“Dublin-based five-piece sound very much like ones to keep a close ear thereon in the future”. – Dots & Dashes

“Their stripped back sound oozes with humble confidence and a captivating, refreshing sincerity, which has most definitely been lacking in music of late”. -Part Time Wizards

Auckland 4-piece THE BETHS (NZ) channel their longtime friendship into smart, earnest and powerful guitar pop. 2016’s ‘Warm Blood’ EP, featuring the harmonised, hook-heavy single ‘Whatever’, was released to a local and international double thumbs up. A beloved live act in their hometown, the band has also played support for The Kills and Frankie Cosmos, toured successfully in Australia and New Zealand, and taken the stage at Auckland City Limits.

After attracting the attention of Washington DC based Carpark Records, in 2018 The Beths will fly north to tour Europe and the US in support of Carpark’s re-release of ‘Warm Blood’ on their imprint. Fans can then expect the long awaited debut album ‘Future Me Hates Me’ to be released in August. Gigonometry is the only Irish date and kicks off the tour.

“’Whatever’ is a masterfully written song with almost every melodic idea containing some form of hook whilst retaining its raw and ‘indie’ essence. – Elsewhere.co.nz

‘Lying in the Sun’ Video: https://www.youtube.com/watch?v=4Pz8qzMj-Bw

Fresh from Whelan’s Ones To Watch 2018 and Templebar TradFest, Leitrim musician, Ailie Blunnie, is making waves in the new Irish music scene following the release of her début album, West to the Evening Sun (Nov. 2017, Happy Out Records). With vocal hints of Sinéad Lohan and Agnes Obel, and a songwriting style that “pushes the boundaries, both sonically and lyrically” (Róisín Dwyer, Hot Press), Blunnie’s blend of experimental folktronica melds assured songcraft, inventive arrangements, and newly-expanded soundscapes developed in collaboration with producer, Daragh Dukes (Headgear / Wyos / Asylum Speakers / RTÉ). From Leitrim, Blunnie grew up steeped in the stillness and beauty of the North West. Her college studies took her east – first music, and later, psychology and psychotherapy – and she is now based full-time in Dublin. In 2013, she released an EP – ‘On love.. and other murder mysteries’ – and from it, the third track, ‘How much do you love me?’, won the UK International Songwriting Competition (2014: Love Songs). Four years in the making, Blunnie’s début album, West to the Evening Sun, explores hope and loss, urban and celtic, myth and magic.

“A taster from the Leitrim singer-songwriter’s forthcoming début album shows a craftswoman who knows the right measure of guile and atmospherics which a soundscape of this majesty requires.” Jim Carroll | Irish Times

“This album extends beyond innovative musical arrangements, even beyond the skill of poetic, expressive lyrics. Blunnie’s songs are transcendent and transporting.” Colleen Taylor | NY Irish Echo

Enda Reilly is a singer, guitarist and songwriter from Dublin whose projects include New Songs In Irish Amhráin Nua i nGaeilge, his Climate Change Songs Workshops, Arise and Go! a collaboration with poet Stephen James Smith. He has also written music as part of a poetic play, Everlasting Voices which has taken him to India and Japan and worked with many Irish language poets through IMRAM.

He has been facilitating his Climate Change Songs Workshops in schools and libraries for the last 6 years in the greater Dublin area.

Enda is a former winner of the Christie Hennessy Song Competition, Comórtas Amhráin Rónán Beo @3 and has represented Ireland with songs in minority language song competitions. He has played concerts with John Spillane, Kila, Liam O Maonlai, Rónán O Snodaigh and John Prine amongst others and has sung with The RTE Concert Orchestra on Culture Night.

Check out his latest release From The Live Stream or his previous album Whorls, a selection of WB Yeats’s poetry set to music. As a songwriter, Enda is delighted to have co-written 6 songs with Aoife Scott for her debut album “Carry The Day”, including All Along the Wild Atlantic Way.

Pouring spirit and emotion into music and songs or collaborations with other artist to combine music and spoken Word he has long-celebrated Irish tradition, music and verse.” – Folkwords 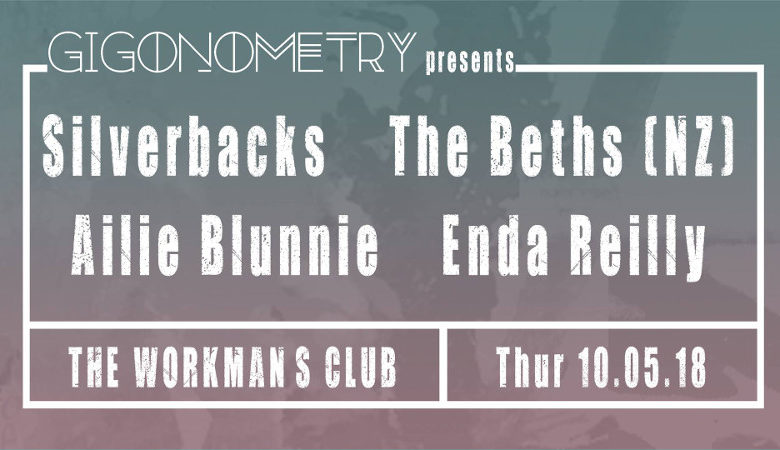