This month’s affair is a monster line-up consisting of the rather amazing instrumentalists Megacone, agit-rockers Able Archer, and indie outfit Radio Room.

Megacone are a 5-piece instrumental band formed in November 2013.

The band started when five music students collaborated on a project of total musical freedom. With each member bringing a different pallet of musical tastes and abilities to the band, the result is an incredibly unique range of sounds that can appeal to anyone.

Megacone have an ear catching sound with their triple lead guitars and their immersive original compositions. The band released their first EP ‘Fondle Fantasy’ on January 31st 2015 to a sold out crowd, in The Mercantile, Dublin.

Since then Megacone have been all around the country performing including Vantastival music festival and Canalaphonic. Megacone are also confirmed for Knockanstockan music festival in July.

Described as a mix of Depeche Mode and Soundgarden… the members of the band have graced the Irish music scene in some shape or form over the last 10 years in a range of different guises (The Resistance, Greenbacks, Fuzzy Empire).
Formed in late 2011, they released their critically acclaimed debut “Bullets” EP in April 2013 which was followed by a tour of the UK & Ireland in Summer 2013.
2014 saw a new twist and direction for the quintet with the release of their explosive single Ghostmaker. Receiving incredible reviews from the UK and Ireland, the single hit the heights of the Irish rock charts at the start of April this year and with the release of their new EP in the summer – the band expect a
storming finish to the year.

Radio Room are a four-piece alternative band from Dublin, Ireland. After initial success with multiple EPs/music videos, support slots, and tours following their formation in 2011; Radio Room travelled to Chicago, IL in 2014 to record their debut album “92 || 93″ with the legendary Steve Albini.

The album was fully recorded live to analog and is being digitally released May 19th, 2015 – with a physical release on vinyl to soon follow. 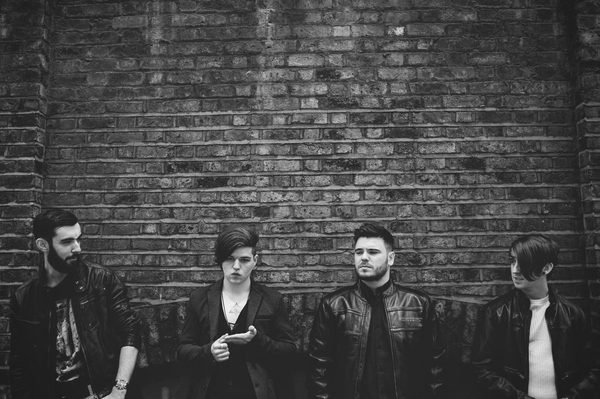