Fiction Peaks formed in 2013 and have released 3 EPs to quiet acclaim, before the launch this April of the magnificent ‘Citizen’ full-length album. Their music has been described as a mixture of alternative rock and indie pop with an electronic 80’s vibration. The 5-piece Dublin-based band augment their sound with effects boxes, drum machines, synthesizers, spoken word, string embellishments & backing vocals, resulting in a dynamic live show.

9/10: Ambitious and eclectic debut from hot Dublin outfit […] at every turn , the Dublin five-piece prove that they have the mettle to deliver on their musical ambitions. Hot Press

Before the End marks a compelling precursor to a full-length album from Fiction Peaks State.ie

The video for ‘Before The End’ (https://www.youtube.com/watch?v=nFFUNAspn8o) by Dublin five-piece Fiction Peaks is a slow-burning alt-pop effort drawing parallels between personal strife and the broader backdrop of the Zeitgeist The Thin Air 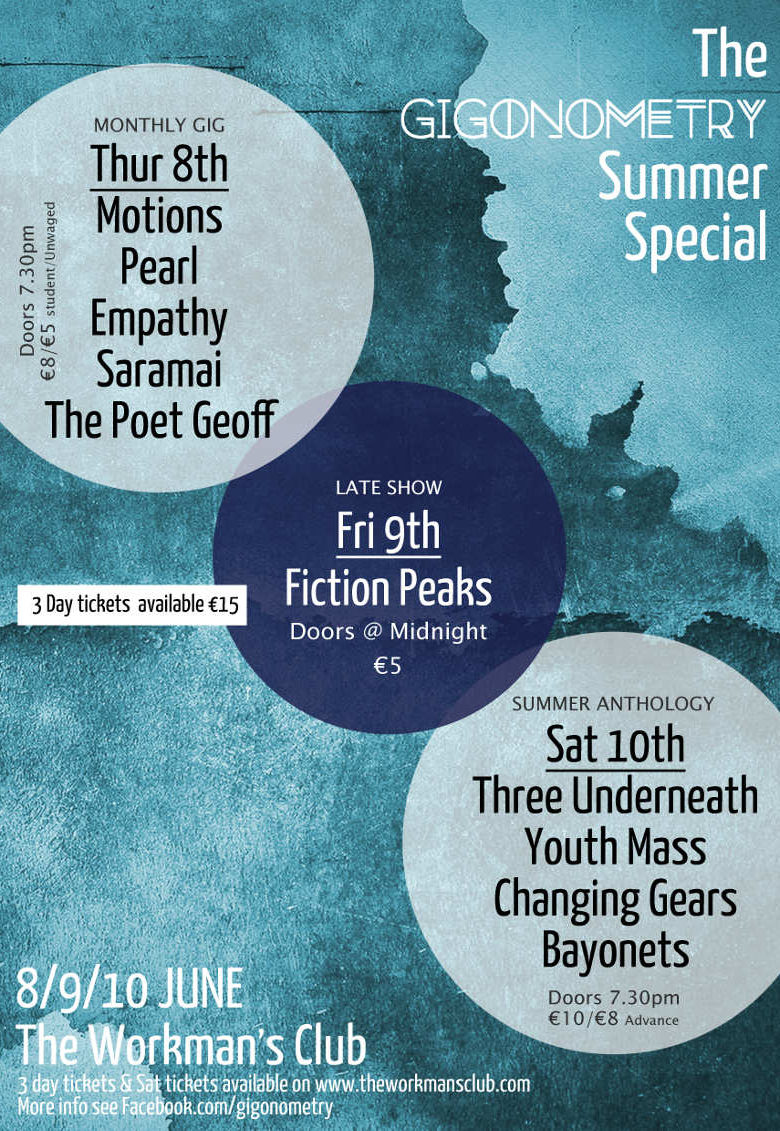