GIRLFRIEND x I DREAMED I DREAM

girlfriend. is a 5 piece group of queer women and non-binary people making visceral and emotional alternative rock music. Formed in 2015, the band began as a noisy emo-rock band playing shows in the local North Dublin area. Their songs examine themes of intimacy, identity, and trauma in post-catholic Ireland and frequently showcase a deep appreciation for subtlety and catharsis.

I Dreamed I Dream are a genre-blending five-piece band from Cork. Consisting of Julie Landers on vocals and drums, Claire Aherne on vocals and bass, Niamh Hayes on keys and Elle Kelleher and Laura Dineen sharing guitar duties, they are influenced by everything ranging from shoegaze and dreampop to classic girl groups. Since their first gig at Spilt Milk festival in late 2021, IDID have gone on to play with the likes of the Altered Hours and Sinead O’Brien, as well as playing Cork Midsummer Festival and Féile na Gréine. Described by the Evening Echo/Examiner’s Mike McGrath-Bryan as “emerging experimentalists” with a “healthy disregard  for musical convention”, IDID are fast becoming one of Ireland’s most captivating bands 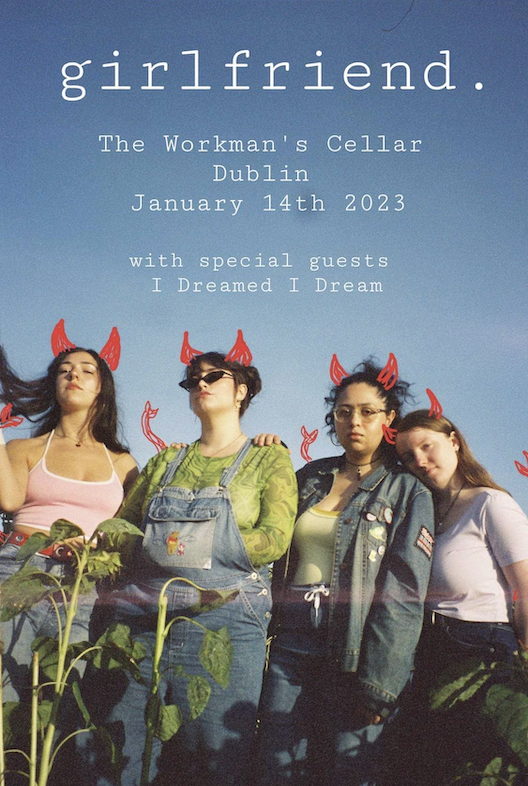