#GoldenBeck is about to get folked up.

// CORNER BOY \\
Corner Boy have long been favourites of ours in GP Towers, going way back to when we had them perform at our Coast to Coast charity endeavours down at KnockanStockan.
Since then, Corner Boy have truly challenged the ridiculously overused phrase of the “hardest working band in Ireland” with gigs up and down the country – culminating in an effort last year to quite literally play every county in Ireland.
Following on from their EP ‘True North’ (read review here), they have just released a truly stunning video for latest single ‘Untie the Noose’. We’re thrilled to invite Corner Boy to the #GoldenBeck stage.

// CARRON \\
Carron have been quietly impressing us for some time now. An act with extraordinarily composed and on-point harmonies, the ladies have released a series of videos online to really catch the attention of the Irish music media.
With breathtaking appearances at The Ruby Sessions and more recently at The Lock Up Festival. This sibling pair have a bright future ahead of them. 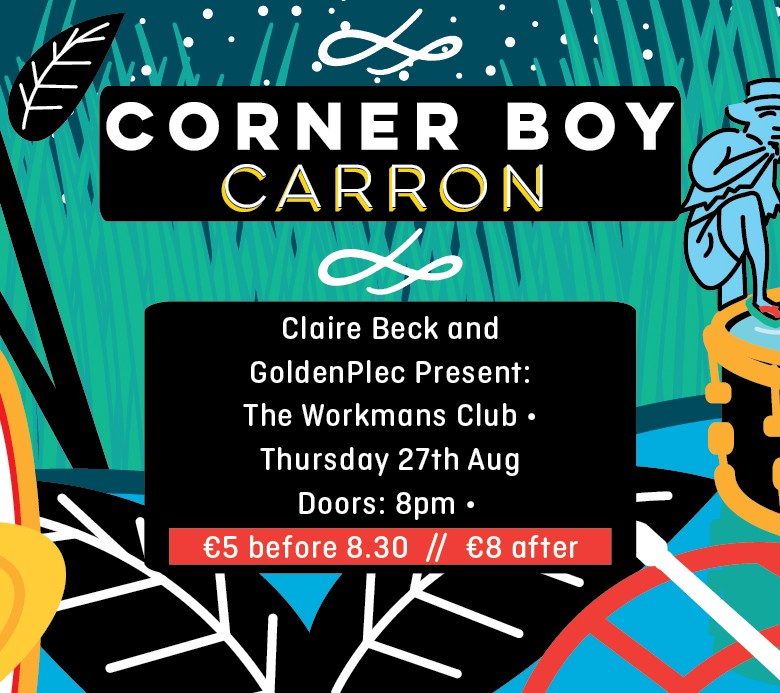