The October edition of GoldenBeck is gonna be LOUD.

// Val Normal \\
We’re delighted to announce that Dublin two piece Val Normal will be at the helm of this extra noisy line up. We’ve long be admirers of Val Normal’s progressive/grungy/math rock sound. These guys are prolific giggers and have spent countless hours on stage honing their explosive live shows. Their second album Fly The White Flag is out now.

// Color // Sound \\
Joining them will be another band well versed on stage – Color//Sound. Known for delivering ‘soaring melodies, frenzied rhythm, and infectious energy through a folk tinged barrage of noisy guitars.’ They’ll be taking a night off from playing alongside the likes of Villagers, Little Matador and Otherkin to grace the GoldenBeck stage and we can’t bloody wait. Color//Sound’s second single ‘The Wolves’ is out now. 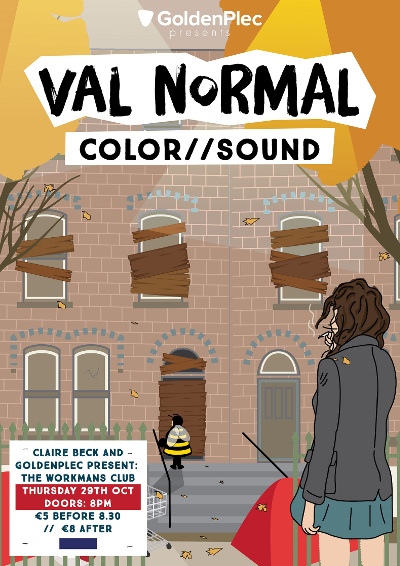