Gregory Spade and The Love Tailors

Often to be found funkin’ up bars and clubs in Dublin City, Spade and the Love Tailors, (Spells Brothers: Magic, Dizzy, Sonny, Hazy) were the Friday night house band in the Sugar Club for over two years.

FUNKTRY appeared in Summer 2014 on a rainy night in Dublin while playing a gig to a very select few. A flash of inspiration hit Gregory Spade, FUNKTRY! Turning to Magic Spells he quickly explained what it was, Magic knew where it was coming from and explained it to Dizzy and Dizzy started to play it. Sonny and Hazy jumped on board and right there and right then FUNKTRY was born.

From Dublin City via the home of the Blues, the Home of Country and the Home of Hip- Hop, Clarksdale, Memphis, The Delta, New York, Gregory Spade and The Love Tailors present FUNKTRY to the people of Dublin for the first time tonight in one very special show. 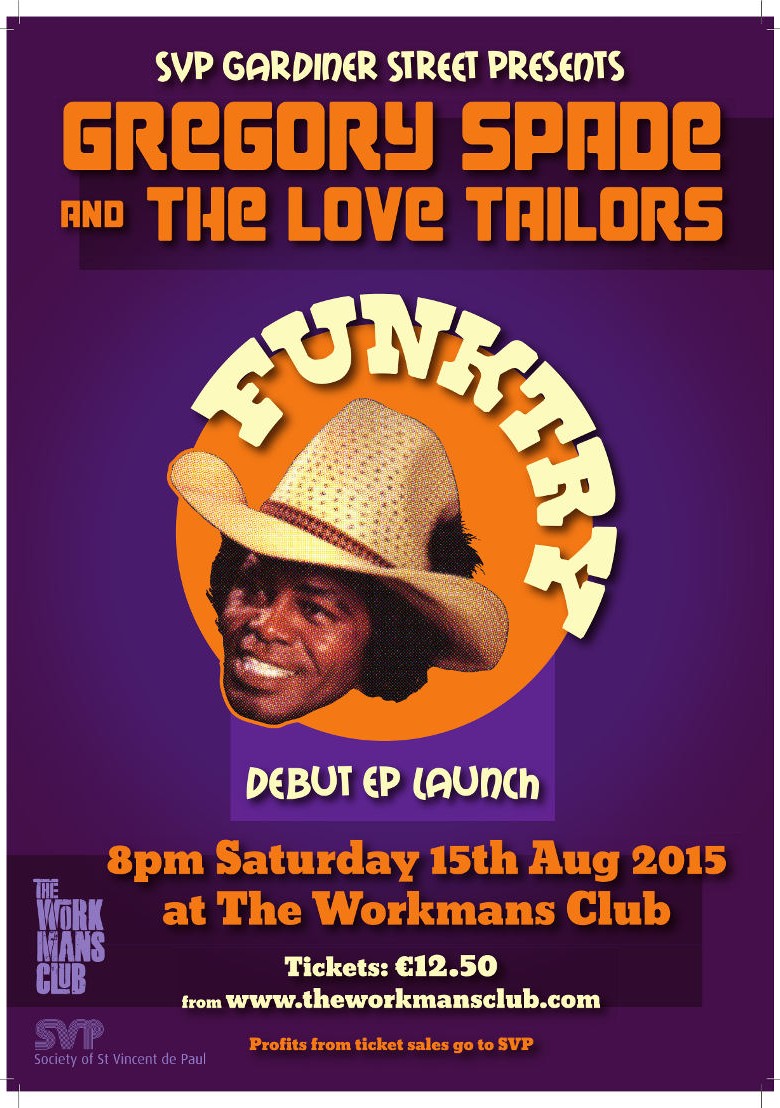