Founded in 2014, Gross Net is the project of Belfast-based artist Philip Quinn, guitarist of the now defunct Girls Names. A departure from the techno-driven sound of 2015’s Quantitative Easing, Gross Net Means Gross Net bridges dark electronics, avant garde experimentation, and black humor.
The album title is based on outgoing British Prime Minister Theresa May’s vague remark that “Brexit Means Brexit”. Gross Net Means Gross Net mimics this – the album is whatever Quinn sanctions the project to be. Shaken by the political upheavals in the US and UK in 2016, the refugee crisis, and the consequences of present-day capitalism, Quinn mined internal feelings of mental anguish and slowly pieced the album together starting with acoustic guitar sketches that would evolve into the carefully crafted compositions that comprise Gross Net Means Gross Net.
Throughout the album, melodies of rapture and unease duel, creating a dizzying anxiety similar to the minimal electronic doom of Coil and Bish Bosch-era Scott Walker.
Conceived in the void of personal isolation and societal darkness, Gross Net Means Gross Net is an eerily intimate affair that captivates with its originality.
https://grossnetband.bandcamp.com/album/gross-net-means-gross-net

Catscars is one of many guises of the seriously talented Robyn Bromfield. A must-see performer, she released her debut album Construction in 2011 and last year returned with EP#1, a four-track slice of thrilling, restless electronic goth pop. She is also a member of Everything Shook and has performed extensively with acts including Patrick Kelleher & His Cold Dead Hands.
https://soundcloud.com/catscars/sets/ep1-faster

Rising Damp is the solo project of Dublin based visual artist and musician, Michelle Doyle. Originally a bass player in punk band Sissy, Damp expanded her practice to include drum machines, synths and spoken word. She collaborates frequently with art/techno collective, Repeater and has been featured in their publications and tapes in 2018 and 2019. Her music has been featured in The Quietus and The Guardian.
https://soundcloud.com/risingdmp 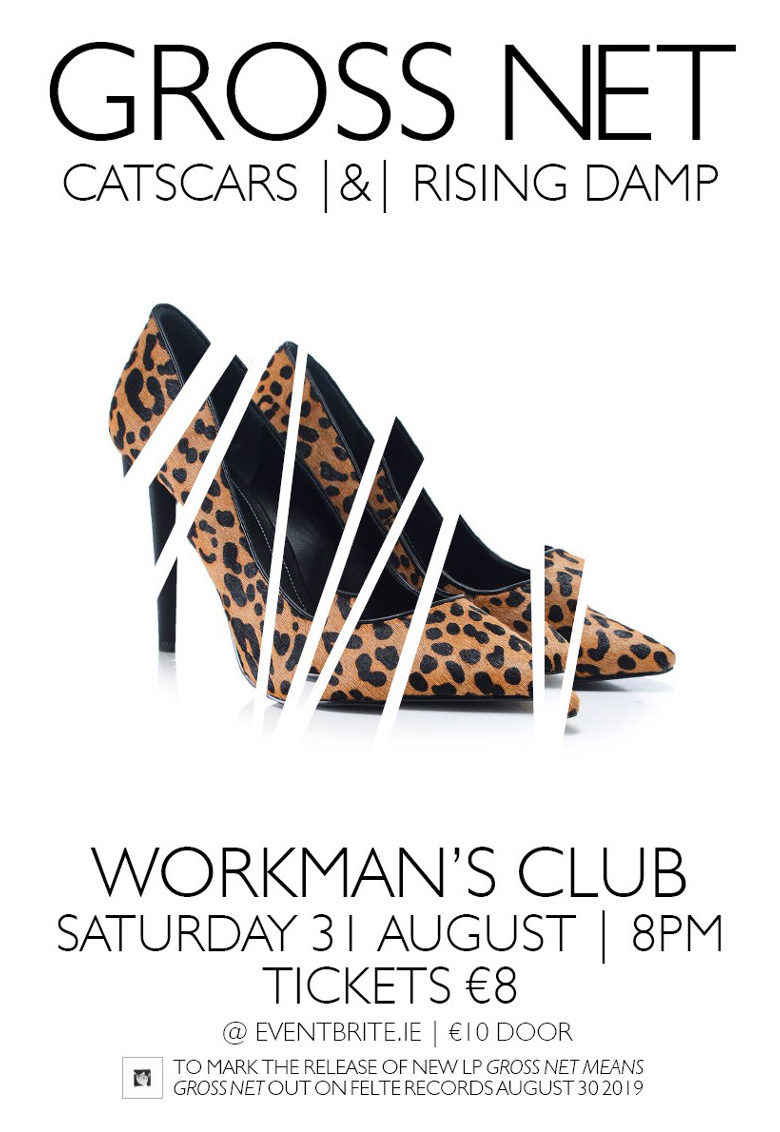