It’s a Baggy Resurrection at Christmas with

Manchester, 1989: The 24-Hour Party People are down at the Hacienda, getting loaded and having a good time. They’re grooving to the baggy sounds of The Stone Roses, Happy Mondays, Primal Scream, The Charlatans, The Soup Dragons and The Mock Turtles. It’s sorted.

Dublin, 2016: The spirit of Madchester is alive again.  The Stone Roses have been resurrected, Primal Scream are still getting their rocks off, and Happy Mondays are stepping on you again. And now comes the news that Hacienda That – The Madchester Experience are dusting off their bucket hats and getting back on the groovy train. The ultimate Madchester tribute band are hosting a Baggy Resurrection party this Christmas at the Workman’s Club on Wednesday, December 21st. Yes, it’s time to put on your psychedelic Santa suit, get on the groovy sleigh and party like it’s 1989.

Hacienda That formed in 2001 with one goal, to bring the Madchester vibes to a new generation of mad-for-it music fans. With a line-up that featured six top-notch musicians (and one rock journalist), the band tore through the big tunes of the baggy era, including Step On, She Bangs the Drums, Loaded, Kinky Afro, Fool’s Gold, The Only One I Know and I Am the Resurrection. They played The Sugar Club, the Olympia Theatre, The Trinity Ball and the Oxegen festival, bringing their exuberant live show to the baggy faithful.

The band members went on to play in Republic of Loose, Smash Hits, the Moog 69s and Deja Boo, but now they’ve come back together to celebrate the birth of baggy and play all your favourite anthems from the Madchester era. Can you dig it?

A Baggy Resurrection at Christmas with

Hacienda That – The Madchester Experience 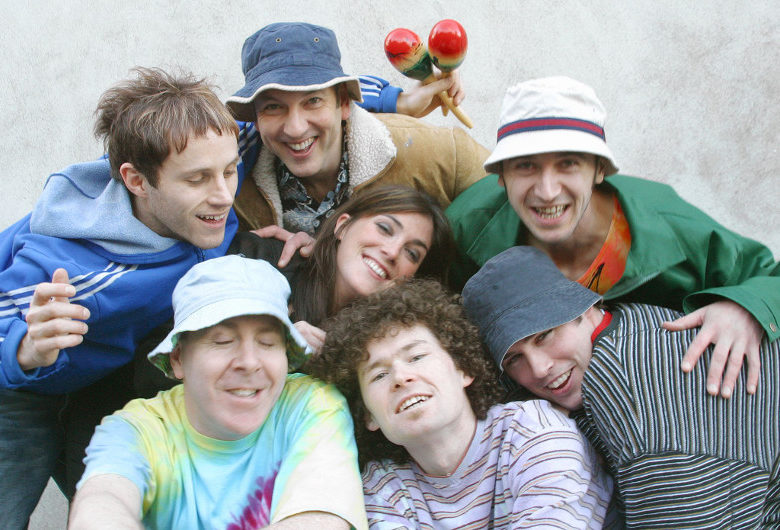