Half Of Me are a three-piece band from Ireland, composed of Feargal Corrigan (Guitar), Luke Nelson (Vocals/Bass) and Greg Purcell (Drums/Vocals). They make music described as “Inventive, intelligent, indie” (Hotpress Magazine) and “art-rock/noise-pop/indie-grit” (inDublin.ie).

The video for ‘Harbour’, directed by Brian Benjamin Dwyer (Madra Mor) will be released on Sunday Sept 13th 2015. The single was self-produced and mixed in the band’s recording studio in Dublin and is available on itunes and spotify. Speaking about the song, Luke explains: “Harbour is a metaphor for unrequited love and the delusions which arise from a romantic pursuit which is not reciprocated. It’s an ‘in- between’ psychological state akin to purgatory, but perhaps a little less grim.”

Half Of Me formed in New York in 2012 and spent the following year writing in Bushwick, Brooklyn before returning to Dublin. Here they recorded their debut EP, ’99’ in Apollo studios. ’99’ was released in late May 2014 and features 4 tracks written about their time in NYC: ‘Cornelia’, ’99’, ‘Breath’ and ‘Release’.
Irish-blog ‘The Last Mixed Tape’ described ’99’ best as, “an energetic blend of the group’s various stylistic leanings incorporating post-rock ambience, visceral rock aspects and experimental flourishes”. ‘Across The Line’ (BBC Radio Ulster) drew comparisons between the band and Royal Blood and called the title track, ‘99’, “a solid Rock N Roll classic in the making”.

Half Of Me played their first show in June 2014, a Headline gig in Dublin’s Button Factory to a crowd of over 250 people. They followed this up with well-received gigs and support shows around the country. The year ended on a high, with Canadian music-blog ‘A Music Blog Yea?’ named ’99’ as one of the best songs of the year, and the band’s debut EP voted 5th best Irish EP of 2014 by readers of ‘The Last Mixed Tape’.

2015 continued the trend as the band were selected to play the ‘Whelan’s Ones To Watch’ festival in January. This was followed by the release of ‘Harbour’ in April, leading to performances at Indiependence and Sea Sessions, two of Irelands biggest independent festivals. Response to their live set now sees Half Of Me added to the line up for Ireland’s premier show-case festival, ‘Hard Working Class Heroes’ in October. A live performance from Half Of Me, filmed in Whelan’s Dublin will feature prominently in Eircom’s newest ad campaign on television and cinemas this autumn. The band have also found time to record new material with Dave Prendergast in Clique Studios, with their next single ‘BLASTOICE’ set for release on the 6th of November in Dublin’s The Workmans Club. 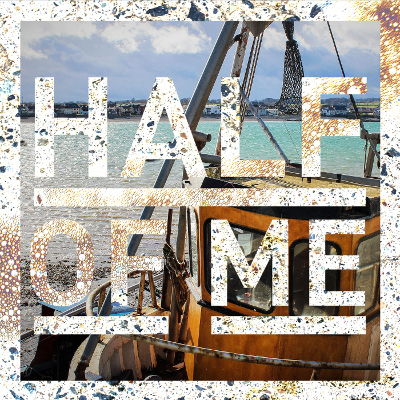