“It’s that musical ambition that makes Viet Cong such an audacious statement in under 40 minutes. With its ambitious, desolate scope, maybe Viet Cong tried to write the last post-punk album — and it would be okay if that turned out to be the case” – SPIN Album of the Week

Album of the Week – Stereogum

“full-on brilliant all the way through.” – Quietus

It takes less than sixty seconds of album opener “Newspaper Spoons” for you to decide that Viet Cong is a winter record. The album has barely begun, and the guitar doesn’t snarl until the end of that opening minute, but it still presents a palpable iciness in just a few short moments. It’s bitter. It stings. But once you’re in it, and you’re bracing yourself and charging ahead, “Newspaper Spoons” moves from a punishing, almost militarized drumbeat to a melody that’s still menacing but also delicate, almost celestial.

That instinct for humanizing a stone-cold song is Viet Cong’s greatest gift and sharpest weapon. It’s harsh, but exhilarating. Recorded in a barn-turned-studio in rural Ontario, the seven songs that make up Viet Cong were born largely on the road, when Flegel and bandmates Mike Wallace, Scott Munro and Daniel Christiansen embarked on a 50-date tour that stretched virtually every limit imaginable. Close quarters hastened their exhaustion but also honed them as a group. With all four members traveling in one car, the mood conflated with the soundtrack, the soundtrack with the cities around them, and so forth. There was repetition, but it was all different. This combined with the grey, chilly emptiness of Calgary rendered a record with a viscerally rugged vibe, one that Flegel even describes as “shit earth.”

“Continental Shelf” orbits a thousand-watt hook with a thick crackle and a battering-ram drum line. It’s so arresting that you barely notice it doesn’t have a chorus, and then in comes a line like “if we’re lucky we’ll get old and die” and you can’t believe Leonard Cohen (or Trent Reznor, or Nick Cave, or Sinatra) didn’t get to it first. “Silhouettes” is a tripwire of a song, opening with an almost Joy Division-esque exposition and moving at breakneck speed — frantic and pitch-black at a thousand miles an hour — until before you know it they are howling. Actually howling, and maybe you are too.

You can designate records as seasonal, and you can feel Viet Cong’s bleakness and declare it wintry. But the only way you get a frost is when there’s something warmer to freeze up. So yes, Viet Cong is a winter album, but only until it is a spring record, then a summer scorcher, then an autumn burner, then it ices over again. They build these buildings, and they’re built to break. 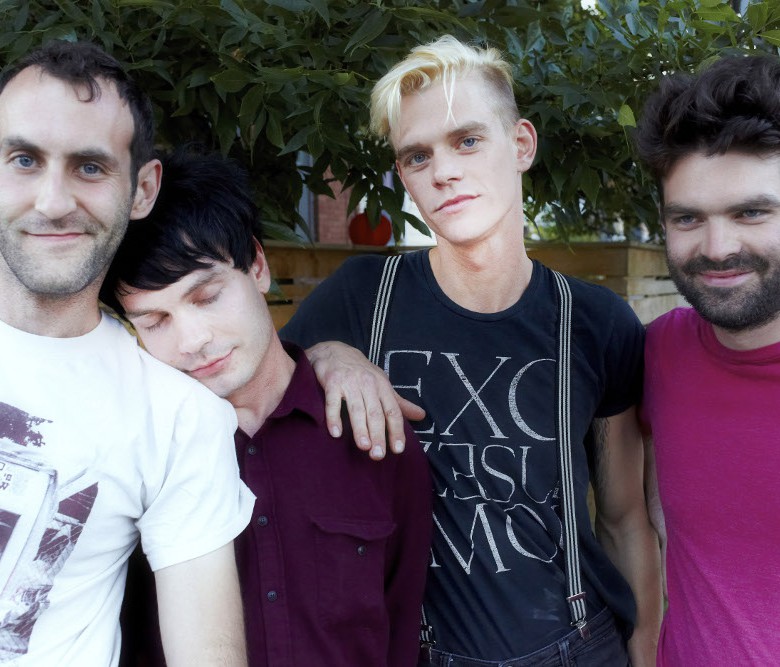