The development and progression of the conference (formerly Hard Working Class Heroes) has earned Ireland Music Week both local and international stature for being a must-attend event for anyone working in music in Europe. It is one of the largest gathering of music industry professionals from bookers to labels, managers, music supervisors, radio folk and journalists from around the world and here in Ireland.

First Music Contact, who run Ireland Music Week, work with Irish acts from the very beginning of their careers. The annual showcase has expanded from a 3-day event to a 5-day event, providing Irish artists with an opportunity to gain some vital exposure, provided by the stellar mix of influential Irish and international delegates who attend IMW.

In 2017, IMW reduced the number of bands showcasing to 50, highlighting the need for acts to have a development plan and an eye on international activity. The success of this move resulted in a record number of Irish acts being selected for overseas showcase events including SXSW, The Great Escape, Eurosonic, Reeperbahn, Primavera Pro and more.

The conference itself will grow from a two-day to a four-day event with workshops and panels on a multitude of areas you need to be aware of as you grow as an artist or professional in the music sector. Tuesday and Wednesday will see dedicated B2B conference elements to facilitate the needs of the newly formed FMC-founded AIM Ireland, along with other offerings from new strategic partners introducing new audiences for Irish music around Europe as well as more networking and masterclasses to be announced closer to the dates. On Thursday, a targeted networking event will take place in Lost Lane, where international delegates will be invited to network with their Irish counterparts and artists attending the conference. The live showcases will take place across Friday and Saturday, the 4th and 5th of October. 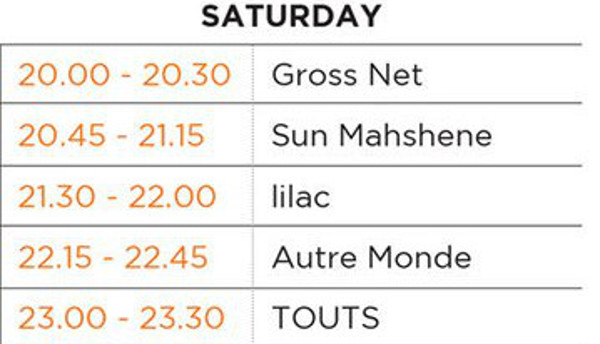