Self described as a “14 piece boy band from Sligo” and “all Male trad group from Roscommon,” PowPig are in fact four young women from Limerick City.

From the feet-stomping ear-worm Birds of Paradise on their first release Denture Adventure to the jazzy duet Concerned Buzz Buzz, PowPig have no problem switching things up from song to song while still bringing the excitement with them for every tune.

Having supported The Strypes, Pillow Queens, Mongoose and Paddy Hanna, they will will play Body and Soul and 2018 are set to perform at the Clonakilty guitar festival in September this year.

Vocally captivating, Grainne Hunt’s subtle and intriguing tones have regaled audiences worldwide, spanning the globe from Ireland to Latin America. Grainne has shared the stage with many inspiring voices including Glen Hansard, and has been compared to vocal icons, Tracy Chapman, Dolores O’Riodan and Natalie Merchant.
2017 was an extremely busy year for Grainne, which included solo gigs on the West Coast of the US, Berlin, Cologne, Dusseldorf, London, a headline slot at Schottenfest Vienna, a special guest slot with choir Cantus Domus at Kaltern Fest Italy, a sold out show at Rathfarnham Castle and the awarding of an Arts Council Travel and Training Grant. Alongside this she has toured extensively with Mark Geary in Ireland, Germany, Switzerland, Italy and the US in support of his new album.

Back to Ireland now, she is continuing to work on new material for her second release, due in mid/late 2018.

‘The Words of it all’….breathtakingly beautiful’ Dan Hegarty, 2FM
‘Love mini album ‘Firing Pin’… Mark it down as one to nab’ ‘her debut release is hewn out of a subtle special talent’ Tony Clayton Lea, Irish Times
‘how I feel when I listen to Joni Mitchell or Mic Christopher’s Skylarkin” Remy’s Music and Film

“There must be something magical in the water up in Derry at the moment. A whopper amount of talent is on offer and yet another band has emerged with a really catchy pop tune” Kate Brennan Harding, Today FM

“Their indie vibes and unique sound fitted in perfectly to the main stage billing as they were ones that you would not forget in a hurry.” Chantelle Frampton, Gigging NI, Sunflowerfest Day 2.

RTE2FM Rising Artists. Today FM Playirish Artists of the Week & Dermott & Dave’s Homegrown Heroes. Five lads from Derry City who are taking the Country by storm with their funky-electro pop sound and energetic live performances. Their previous single ‘Think’ caught the attention of national radio being playlisted on RTE2FM, Today FM, iRadio, Corks Red FM and many more. With over 4800 shazams, peaking at #71 Official ITunes Irish Charts and 90,000 Spotify streams of ‘Think’, the future looks bright for Lavengro. Fresh from playing support to a sold out Hudson Taylor in their hometown, the cheeky chaps are currently on an Irish Tour to promote their new single ‘Erase Me’. Ones to watch? Blink and you’ll miss them…

Laura Mulcahy might pack a potent punch when letting off steam but would charm the birds from the trees in classic style with an impish Irish twinkle in her eye when a lightness of touch is required.

A multidisciplinary artist, musician and writer from County Clare, Ireland, she has found plenty to write about from rich experiences of life. On her home turf, there are many good things to say about this explosive spark who has been lighting up the radio airwaves since releasing FUNERAL, HOME, LIZARD…

With a strong background in theatre and literature, she has always had a great interest in music and in 2014, first embarked on the path that would eventually lead to the recording studio, having amazed those around her with the fantastic outpourings that continued for around eighteen months.

When she finally began to consider the next move, it was time, she thought, and so did they, to record. 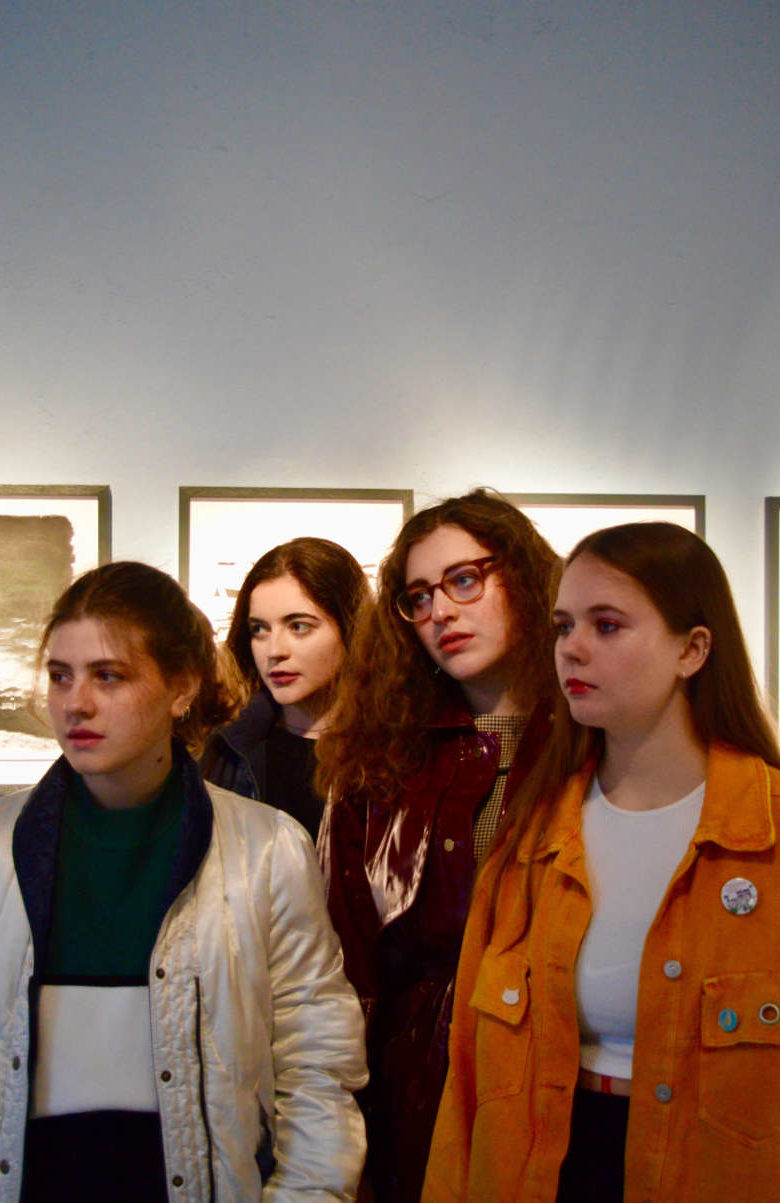