Jennifer, Kevin and Jack met in Valencia, Spain in July of this year and found they would cross paths again in Dublin… and here we are!

Jennifer McMahon is a singer- songwriter and producer hailing from Dublin’s northside inner suburb of Cabra; a place she remembers dreaming of evading, as a child. Perhaps a reason for the lively imagination and creative spirit she would develop. From an early age she sought refuge and wonder in her creativity, dreaming things up and bringing them to life. A wanderer, body, mind and soul, Jennifer’s music explores themes of love, loss, empathy and oneness; ultimately hoping to offer a glimpse of hope, an understanding that in difficult times there is happiness to be found; light in the dark, beauty in sadness, stillness in turbulence. With inspiration from her studies in jazz, her eclectic musical upbringing and honest approach to storytelling, Jennifer’s sound straddles the borders of folk, jazz, soul and rnb which can be heard on her debut album Part of the Whole, released in 2019. Comparisons range from Jefferson Airplane to Natalia Lafourcade and Jennifer is often praised for her raw lyrics and emotive delivery. The follow up to Part of The Whole is scheduled for release later in 2022.

Rising singer-songwriter Jennifer McMahon’s raw lyrics are the keystone of her work – cassandravoices.com

“A Galway native, Kevin has been writing songs since he was eight years old, and is now at the stage of his career where he might be called a veteran. Music has been what he has built his life around, for better or for worse. “I’ve tried living without music as my focus, but it has only led me down some dark alleys,” he says.

‘Monsters’, the first collection of his own songs, was released under the name Herm in 2009. Ireland’s leading alternative music magazine (Hot Press) and radio station (Phantom FM) included it in their top ten Irish albums of the year and reviewers drew favourable comparisons with artists such as Beck, The Eels and Tom Waits.

The second collection of Kevin’s songs, “Make It Up”, was released in 2019 and reveals a development in Kevin’s song-writing from the quirky and edgy indie pop of his debut to a more reflective and organic approach. Described as “accomplished and impressive” (Hot Press), “refined and contemplative” (Connacht Tribune), the album is available on all digital platforms now.”

Forged in the fires of Austin, Texas’ diverse live music scene, Jack Burton has emerged a powerful and beloved singer and songwriter. Described as something of a “cross between Nathaniel Rateliff and Marc Broussard,” Jack’s deep affinity for the musical heritage of the southern United States is unmistakable on his previously released EPs I Think You Know and Soul. Inspired by the triumphs and challenges of making music and traveling, Jack and his wife and muse, Maja, have been busy writing new material that aims to shine a little light into the dark corners of personal struggle, the world’s troubles, love, acceptance, and experiences of life as wandering musicians. Infusing thought-provoking lyrics with his penetrating voice, Jack’s new material is a raw and soulful blend of gritty Roots Rock and toe-tapping frontporch Blues

The three will share the stage for the first time in The Cellar, The Workman’s Club, Dublin on September 15th. Doors at 8pm. 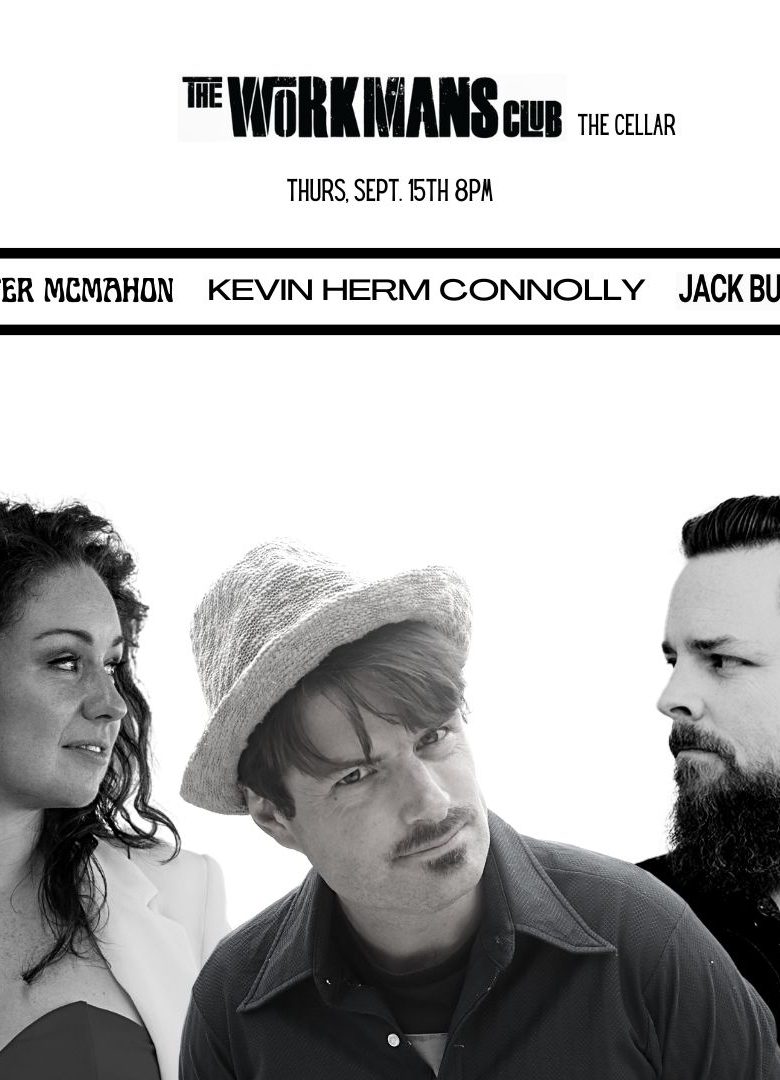